Bacurau Is a Dystopian, But Wildly Entertaining Social Issues Thriller 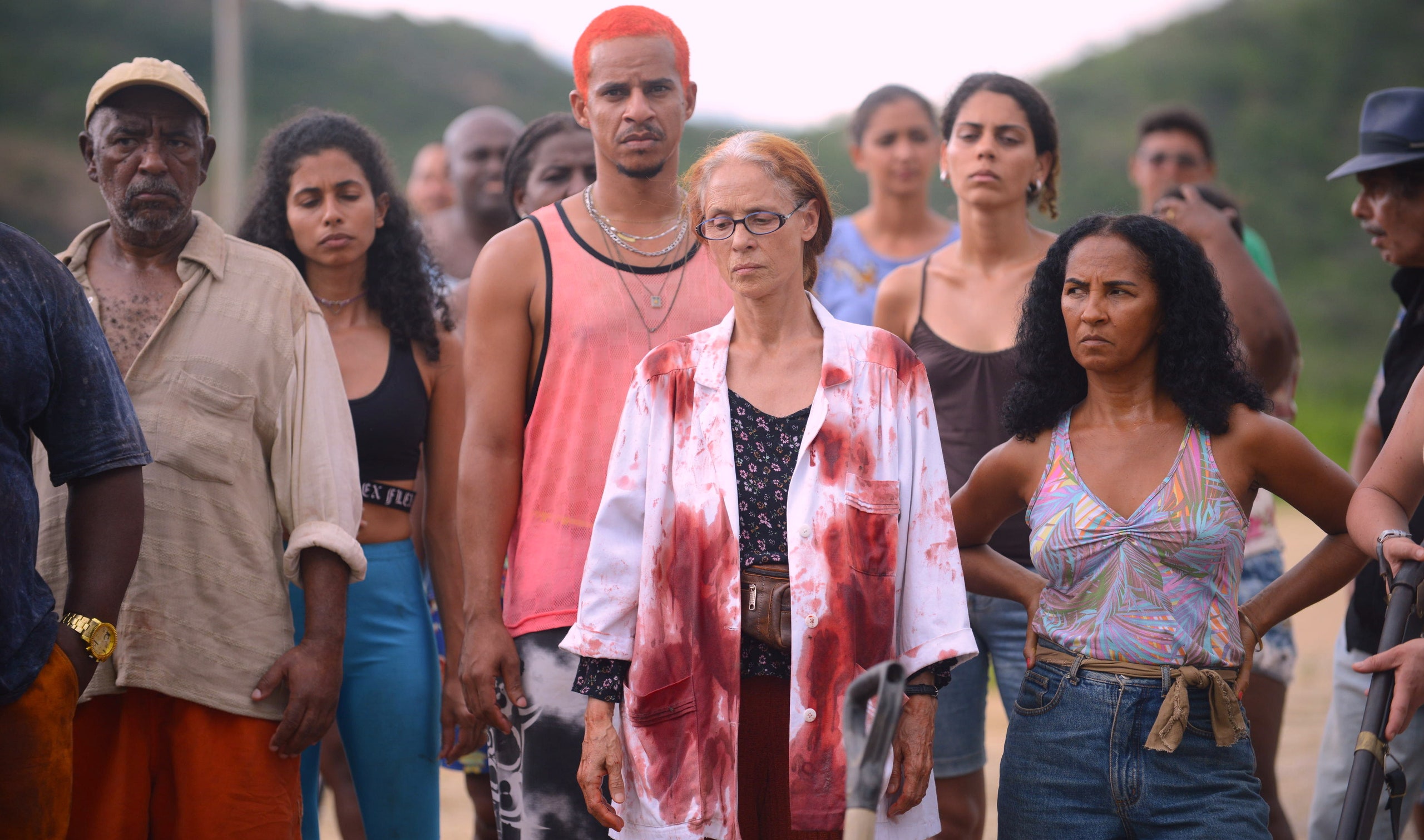 Sônia Braga, center, in Bacurau, out now in limited release.Courtesy of Kino Lorber

How’s this for relevant? In the near future, a small town becomes isolated from the rest of the world and an underclass must fight for survival against marauding agents of capitalism. Such is the scenario of the wildly entertaining and strikingly strange Brazilian western-meets-thriller-meets-globalism critique Bacurau which arrives in limited theaters today with a bang (and a welter of blood). This is actually the second most politically relevant foreign language film I’ve seen this winter. The first, of course, would be Parasite, a movie President Trump didn’t have very nice things to say about. I’m happy to say that I don’t think he’d have much patience for Bacurau either.

Made by Brazilian filmmaking pair Kleber Mendonça Filho and Juliano Dornelles (Mendonça’s previous films include the celebrated Neighboring Sounds and Aquarius), Bacurau shared the Jury Prize at Cannes last year with another excellent social-issues thriller, Les Misérables. Let it be said: Foreign films are on an absolute tear this season. Apart from Parasite, there’s the glorious A Portrait of a Lady on Fire from France and the Russian historical heartbreaker Beanpole, both in limited release.

But Bacurau has vaulted above all of them in my estimation, if only because I’ve never seen anything quite like it. Simultaneously retro and totally modern, this film looks like a Spaghetti Western but aches with 21st-century rage. It introduces us to a rural community of heterogenous hardscrabble Brazilians who are managing to eke out an existence on the margins of a society that has started to crumble. Water is especially scarce in the remote town of Bacurau; an armed gang aligned with the regional mayor has dammed up the area’s supply, forcing residents to bring a tanker in for their own use. The mayor himself visits in an air conditioned truck to dump books, past-date food, and addictive sedatives in the center of town—and ask for political support. He will not get it. Existence is hand-to-mouth in Bacurau, and though the community is infected by technology, with smartphones and tablets and giant LCD screens popping up everywhere, a communal spirit of frontier resistance prevails. The town has intellectuals, prostitutes, pimps, criminals, a priest or two—but they all look out for each other, and none more so than Domingas (played by Sônia Braga) the town’s doctor and moral compass, who is also a fearsome drunk. 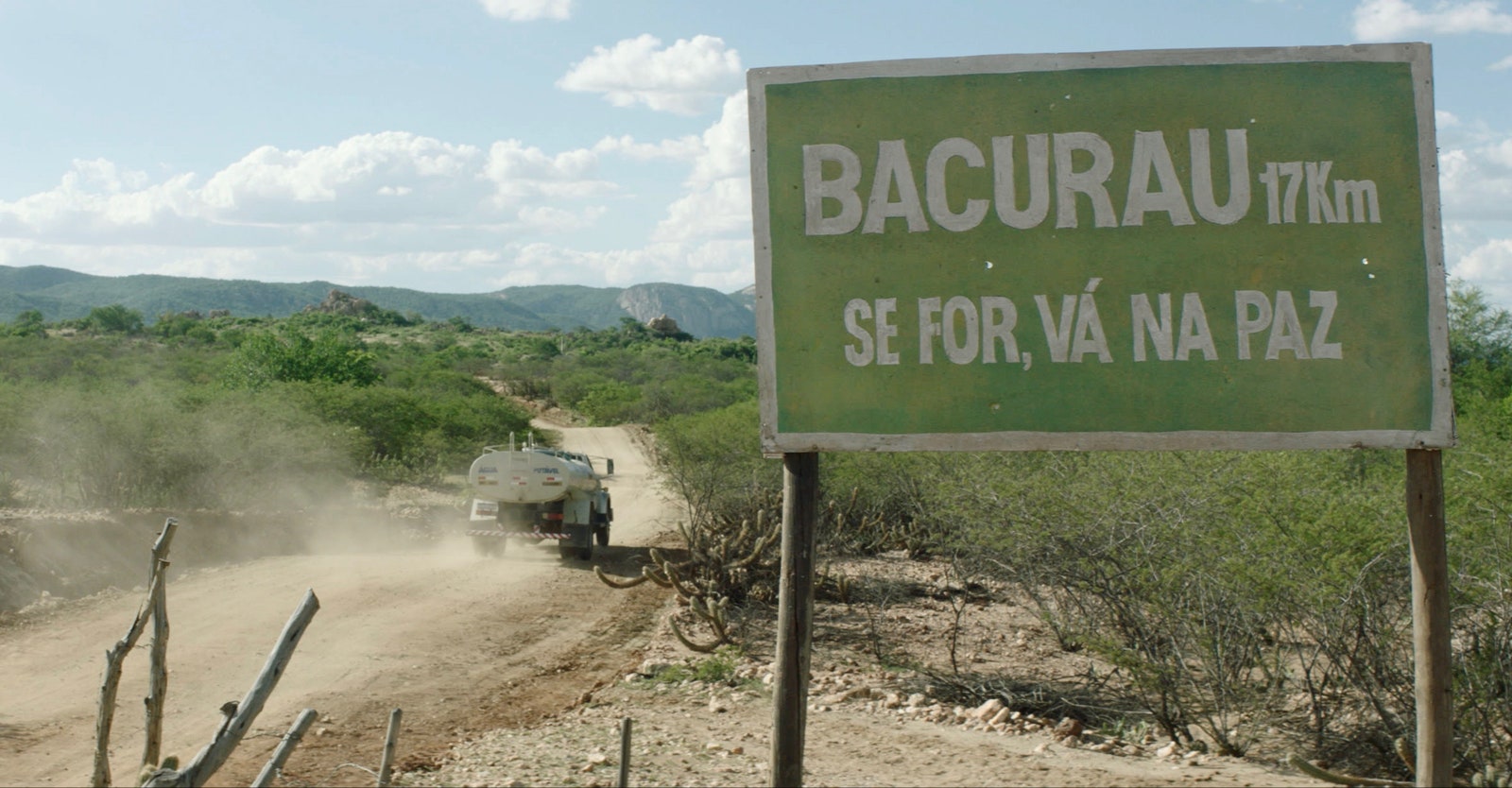 A still from Bacurau

You know this movie is going to get weird when what looks like a 1950s Hollywood UFO flies into frame. Turns out it’s a drone, flown by Westerners (Americans, chiefly) who have have paid off the authorities to hunt the locals for sport with vintage firearms. To cover their tracks, this gang of outsiders (led by a sinister German, played by Udo Kier) jam all internet and cell signals to the town and begin to circle in. The citizens of Bacurau sense that violence is coming—and boy, is it.

The latter half of this film joyously plays to genre conventions, and includes moments of grindhouse gore that won’t be to everyone’s taste. But I loved the lack of piety in the bloodletting. Bacurau is a warning, and a cry of populist anger. Like Parasite, it shows the least among us rising up and fighting back against the ruthlessness of global inequality. This film is less polite and rigorously built than Bong Joon-Ho’s triumph, but it would make a hell of a double feature.