Bhad Bhabie Tells That Billie Eilish Won’t Reply To Her Messages After Getting Famous. - iCrowdMarketing

Bhad Bhabie Tells That Billie Eilish Won’t Reply To Her Messages After Getting Famous. 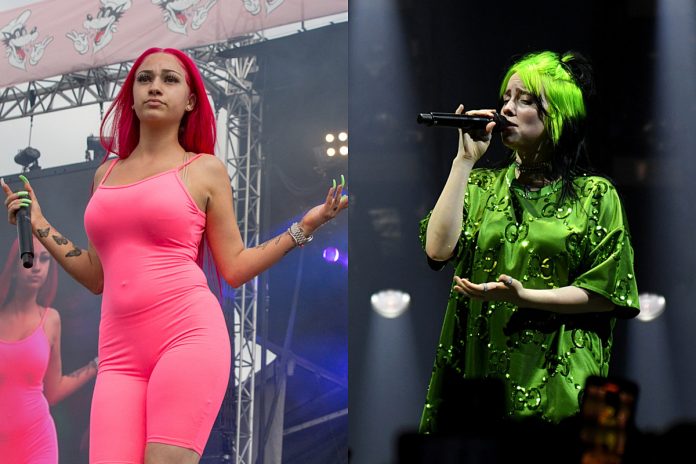 It seems like that Bhad Bhabie has made a controversial statement about a pop star and claims that she ignores her after her newfound stardom. Let us look into the details of this controversial claim.

Bhad Bhabie Made A Rather Controversial Statement About Singer Billie Eilish!

Apparently, Bhad’s friendship with pop star Billie Eilish may be on the rocks. During an Instagram Live, while Bhad was fielding questions from fans. During this live session, one person asked if she was still friends with the “When The Parties Over” singer. Bhad gave a rather a controversial reply. The reply made fans realize that their friendship is not really all in good terms now.

She said that although she thinks she is friends with Billie, however, she still doubts is Billie’s still her friend. Bhabie further added that whenever she DM’s the singer her new number she never text her back. Bhad somewhere blamed Billie ’s newfound fame the reason for this ignorance.

Bhad Bhabie talks about Billie Eilish distancing herself from her on Instagram Live:

“I guess that’s what happens when b*tches get famous” pic.twitter.com/ldY59vnq9a

Does This Mean That Their Friendship Is Quite Rocky Nowadays?

Bhad Bhabie was not in quite a happy mood when the topic came up and also said that that’s what happens when bitches get famous. However, she is not tripping and she knows who her real friends are. However, the singer has yet not addressed this controversial claim made by her former friend Bhad Bhabie.

Bhad Bhabie has been maintaining a somewhat low social media presence for quite a while now. Recently, she posed a rather disturbing message that made fans worry about her well being. However, this is not the first time Bhad for into a feud, earlier she also had beef with actress Skai Jackson as well. The feud went on to be so serious that it ended with the young Hollywood star getting a restraining order.