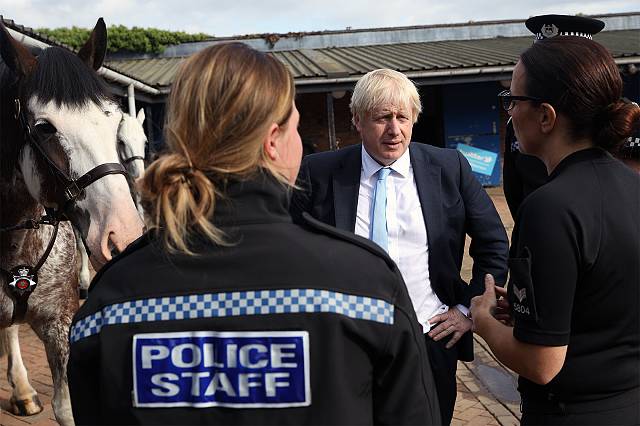 Police forces across the UK are having to carry out extra night patrols in empty city’s and town centres, as burglars target shops and pubs during coronavirus lockdown.

Manchester police reported a number of suspects were found carrying crowbars and hammers, whilst Liverpool police said, several pubs and construction sites had been targeted this week.

Police in Cleveland, a county in north east England, said nine business premises were broken into in the space of 24 hours last week.

Chief Inspector Zac Fraser, of Greater Manchester police’s City of Manchester division, told the Sunday Times, “Over the past few days a number of suspects have been arrested following reported break-ins in the city centre.”

Pat Karney, Manchester’s city centre chief and council spokesman said, “When the businesses are closed down, some scallywags will see it as an opportunity to break in and burgle.

“I think some will be licking their lips at some commercial premises and we are taking every precaution.”

Pam Kelly, the chief constable of Gwent police, said they are changing their “tactics” to adapt to the current climate.

The chief constable said, “We’re seeing a 20% reduction in crime being reported as a result of people self-isolating and being in their homes.

“We are preparing to make sure premises that are left empty are being checked regularly.

“Now people are in their homes and it is pubs, restaurants and businesses that are vacant.

“There is a transferral of vulnerability that we are adapting to.”

The government warned on Sunday that the UK wide lockdown is not fixed in terms of length of time, and it will depend on how the public behave.

Gove told Sky News Sophy Ridge on Sunday the lockdown could be shortened, if people do follow the governments advice, but did not provide a time limit.

Gove said, “There are different projections as to how long the lockdown might last. But it’s not the case that the length of the lockdown is something that is absolutely fixed.

But disease expert Professor Neil Ferguson, from Imperial College London said lockdown measures could last until June, in an attempt to stop the spread of coronavirus.

Professor Ferguson told the Sunday Times, “We’re going to have to keep these measures [the full lockdown]in place, in my view, for a significant period of time, probably until the end of May, maybe even early June.

It is feared that civil unrest is about to “explode at any moment” as the largest cities across Europe are struggling with either no or low incomes due to the pandemic, a Red Cross chief has warned.

Many countries across Europe are having lockdowns extended, particularly in Spain and Italy as the cases are rapidly climbing.

A Red Cross official has warned that Europe’s cities will imminently erupt with civil unrest, as this is a “social bomb.”