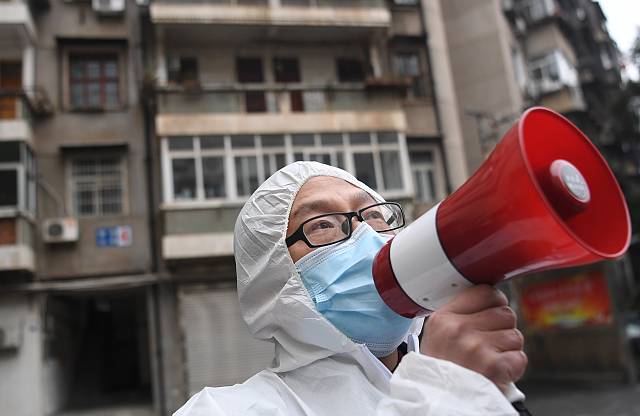 China’s Henan province has a fresh coronavirus outbreak with fears there is a second wave of the deadly virus sweeping across the country.

Chinese medical staff at Jia County People’s Hospital, which neighbours Wuhan where the outbreak originally started, have confirmed there are fresh cluster of cases among medical staff.

The Chinese government has now imposed a second lockdown with strict travel restrictions and all non-essential travel has been banned between villages and towns.

According to an official document leaked to Radio Free Asia, all people are required to wear face masks and have their temperature taken with a certificate to prove they are healthy, for anyone who leaves their home.

Businesses are now closed whilst supermarkets remain open, and around 600,000 people are now living under curfew for the second time this year, the Chinese government’s Weibo account says.

A resident in Hanan province said, “everything’s locked down. It just started.

“All households are locked down. Nobody can go into town, or if you do, you won’t be able to leave again.”

A medical staff member at Jia hospital said strict rules are being enforced as to who is being tested.

The staff member said, “Not just anyone can come, you have to be on a special list.

“You can only get it done with official approval from higher up, when we get notification from them.

“Nobody is getting tested if they are not on the list.

“We are all working overtime here in the testing division.”

A resident from Hunan said, “Many people believe that the epidemic has been brought under control due to government propaganda, which is false.

“Basically, life has gone back to the way it used to be, just with some people still choosing to wear face masks on the streets.

“But some people stopped wearing masks too, so this news is a good thing, because it will keep people on the alert.”

It is believed that ruling Chinese Communist Party are playing down the official figures, as the government epidemiologist, Zhong Nanshan claims there are only 1,000 asymptomatic cases of coronavirus.

The former director of the China Institute of Health Education, Chen Bingzhong said, “Zhong Nanshan believes that the proportion of asymptomatic people is very low. This is wrong, but how do we prove it?

“The most reliable way to achieve early detection is a nucleic acid test, but are these tests 100% reliable?

“No, they’re not, but they’re the most reliable method we have right now.”

“It’ll get to the point where they lose legitimacy, because they just try to cover everything up and pass the buck.

“They are doing this to cling onto power.”

Meanwhile, Chinese scientists in Wuhan, China have discovered a new strain of coronavirus in which patients remain infected for over a month.

The scientific report has been scrutinised by peers, prior to the report being published.

Their scientific report is based on a middle-aged man who remained infected with coronavirus for 49 days, which has not ever been previously recorded.