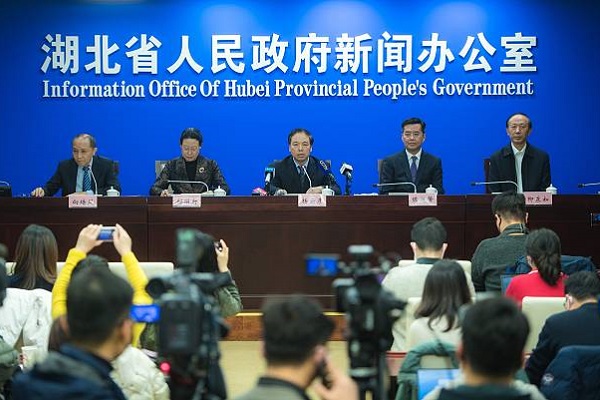 Chinese scientists in Wuhan, China have discovered a new strain of coronavirus in which patients remain infected for over a month.

The scientific report has been scrutinised by peers, prior to the report being published.

Their scientific report is based on a middle-aged man who remained infected with coronavirus for 49 days, which has not ever been previously recorded.

This new mutated strain could have formed a “symbiotic relationship” with coronavirus in the man, scientists claim.

Whilst the man’s symptoms were mild, doctors injected the patient with the blood of a recovered patient, the man then full recovered.

Scientists say the average time a person remains infectious is thought to be around 20 days.

Dr Tan’s report says, “Interestingly, contrary to the conclusions above, we here reported one of the non-severe cases has the longest duration of viral shedding.

“The Case 1 only got moderate fever initially and the body temperature rapidly decreased into normal levels without any respiratory failure.”

Scientists have labbeld there are two types of coronavirus, L subtype and S subtype. It is thought that L subtype is more common in around 70% of patients, which is believed to spread more than S subtype.

However, Dr Tan and his fellow colleagues said there is no guarantee the man was suffering from either L or S subtypes, warning there is possibly a new mutation of coronavirus.

“We cannot exclude an original new subtype that was not identified.”

The report added: “The Case 1 may tend to be a chronic infected case without infusion treatment, the virus and the host may even form a symbiotic relationship.

“We wondered how many patients are involved in this situation. One important question is whether and how long this kind of patients remains infectious.

“The other important question is whether the ‘chronic infected patients’ will infect through new route of transmission, such as sexual transmission.

“Moreover, due to the high mutation rate of retrovirus, we should keep close eyes on the status of this kind of patients and the infective ability.”