Coronavirus: Italy in chaos as citizen’s call for a ‘revolution’ - iCrowdMarketing

Coronavirus: Italy in chaos as citizen’s call for a ‘revolution’ 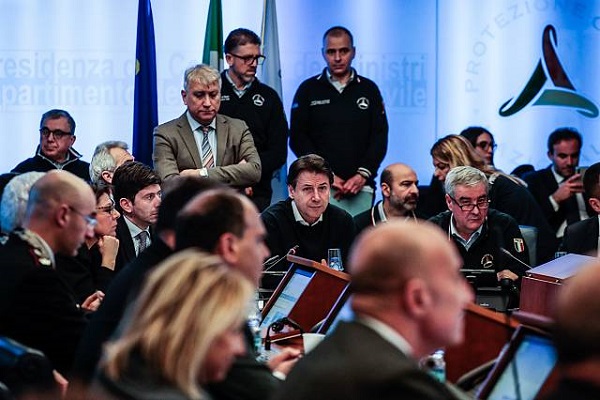 Italians are reaching boiling point and are fast becoming restless during the coronavirus lockdown, and are calling for a “revolution.”

Due to money shortages and food shortages, as Italian citizens have been in lock down for two weeks, people are organising raids on supermarkets across the country.

Thousands of Italians have lost their livelihoods and have food shortages at home, one father in Palermo said they have very little food and his daughter is reduced to eating just bread.

In a video addressed to the Italian Prime Minister, Conte it says, “It’s already 15 to 20 days that we’ve been inside.

“We’re at our limit.

“Like my daughter, other children in a few days won’t be able to eat this bit of bread.

“Rest assured, you will regret this because we’re going to have a revolution.”

Many countries across Europe are having lockdowns extended, particularly in Spain and Italy as the cases are rapidly climbing.

A Red Cross official has warned that Europe’s cities will imminently erupt with civil unrest, as this is a “social bomb.”

Francesco Rocca, head of the International Federation of Red Cross and Red Crescent Societies (IFRC) told a United Nations (UN) news briefing, “We have a lot of people who are living very marginalised, in the so-called black hole of society.

“In the most difficult neighbourhoods of the biggest cities I am afraid that in a few weeks we will have social problems.

“This is a social bomb that can explode at any moment, because they don’t have any way to have an income.”

Rocca said that many tens of thousands of people have been adversely affected by the coronavirus lockdowns.

As a result of the lockdowns millions of families across Europe have either seen a fall in their income or are reliant on state benefits. The Red Cross chief warned that civil unrest is “weeks” away.