Coronavirus updates for D.C., Virginia, and Maryland for Thursday - iCrowdMarketing

Coronavirus updates for D.C., Virginia, and Maryland for Thursday 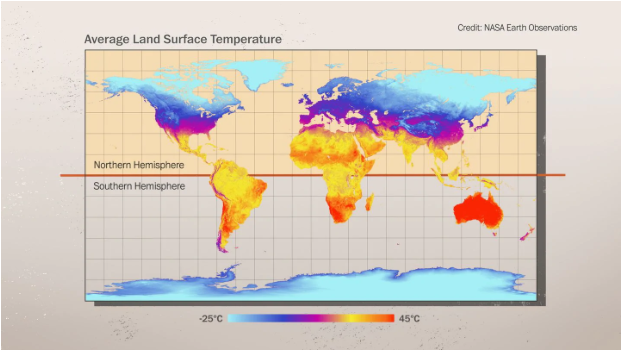 Maryland has 581 confirmed coronavirus cases after state officials announced an increase of 157 cases on Thursday, by far the largest increase in a day. The total number is 1,208 in Maryland, the District and Virginia.

The new cases are more than twice the largest increase in a day so far.

In a Twitter message, Maryland Governor Larry Hogan (R) said: “We are only at the beginning of this crisis, in our state, in the National Capital Region and in America. As I have repeatedly emphasized, we should continue to expect the number of cases to increase dramatically and rapidly. ”

Hogan added: “Today we are also seeing an unprecedented increase in the number of Marylanders applying for unemployment. We will do everything we can to help people and small businesses get back on their feet. ”

A third of new infections were reported in the Baltimore region, with Baltimore County and Baltimore City adding 29 and 19 cases, respectively. Montgomery County, the state’s most populous jurisdiction, added 37 cases for a total of 164, while neighboring Prince George’s County passed the 100 mark for the first time with 101 known cases.

Of the 581 people who tested positive in Maryland, 132 were hospitalized and four died, according to the Maryland Department of Health. 23 patients have recovered and have been released from isolation.

According to the Federal Department of Labor, Maryland had 41,882 first-time unemployment claims for the week ending March 21. Compared to the previous week when 3,864 applications were made.

“This fight will be much more difficult, take much longer, and be far worse than almost everyone understands,” said Hogan. “We have never seen anything like it, and I continue to urge people in our state to stay at home and stay safe.” 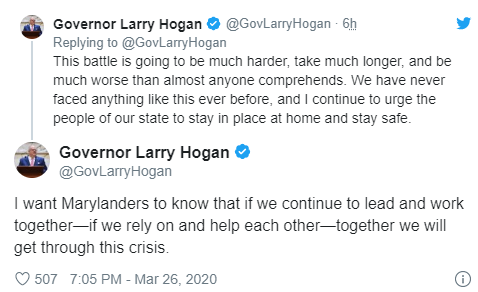