Distilleries in Tennessee trying to keep up with disinfectant guidelines - iCrowdMarketing

Distilleries in Tennessee trying to keep up with disinfectant guidelines 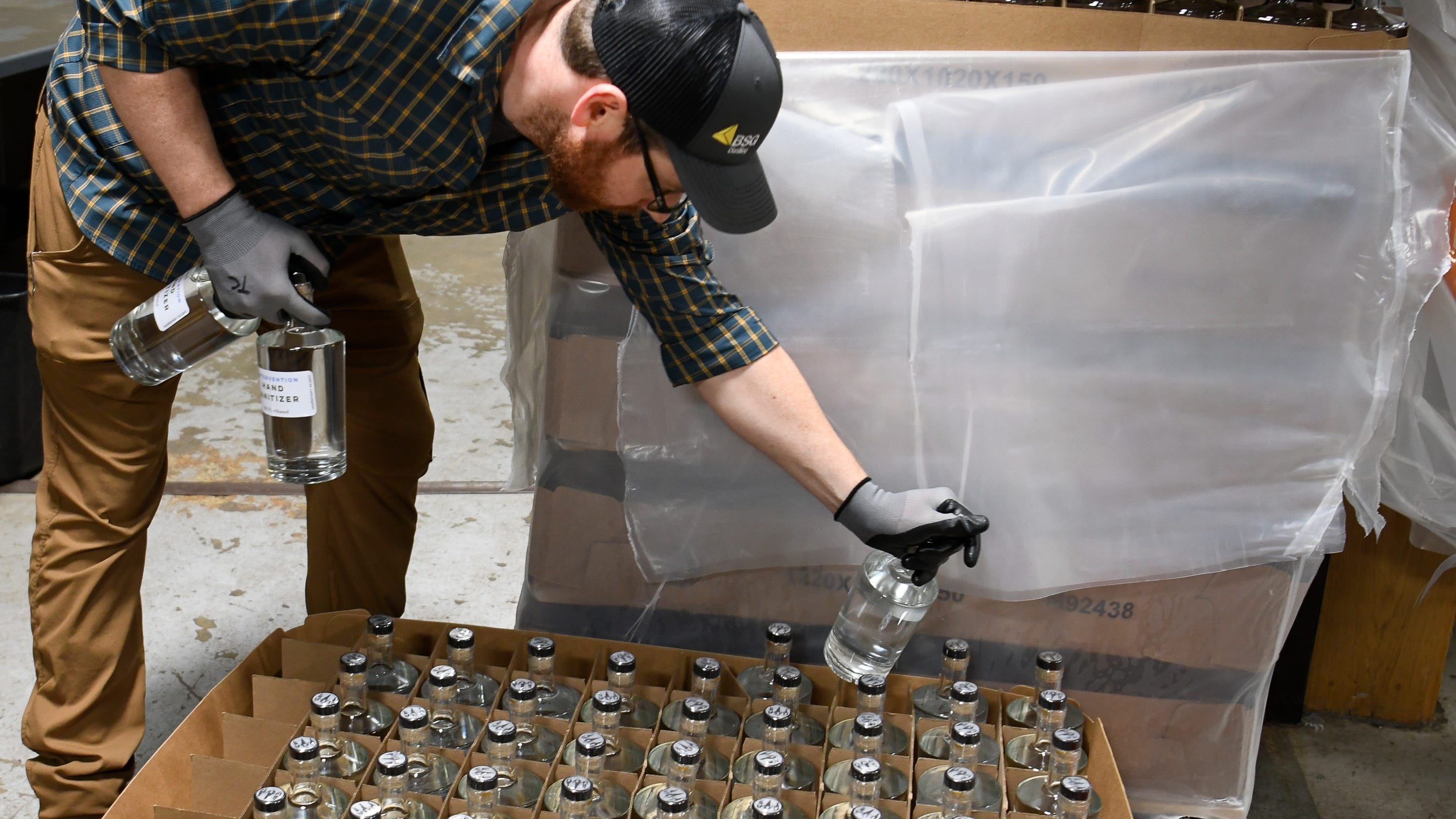 The white capital letters, neatly written on the black easel and blocking the entrance to the headquarters of the Corsair Distillery in Nashville, begin to tell the story.

“We no longer donate disinfectants to the public,” read the sign on Friday afternoon. “Everything is aimed at hospitals.”

All of this can be produced and bottled anyway.

Large and small distilleries in the state and nation have switched from producing alcohol to producing hand disinfectants that were in short supply after the COVID 19 pandemic.

However, several issues have emerged in recent weeks, including a lack of supplies, confusion over the U.S. Food and Drug Administration guidelines, and concerns that due to the nature of the alcohol used, large excise duty bills may be waiting for hand sanitizer manufacturers.

The fear is that young children could even be fatally injured if denatured alcohol was not consumed. However, the distilleries claim that they distribute the disinfectant they produce to first responders, hospitals, and the like, and not to places where it would end up in the hands of small children.

Darek Bell, who owns the Corsair Distillery, said his phone rang with inquiries from everywhere, including hospitals, nursing homes, police and fire departments.

“You name it,” said Bell. “I hope things calm down, but I feel like it will get worse.”

Bell and other distillery operators like Kris Tatum said they followed World Health Organization guidelines, but are concerned that failure to comply with FDA regulations will result in penalties such as tax charges for using undenatured money alcohol.

Tatum, the general manager of the Old Forge Distillery at Pigeon Forge, said some firefighters drove from Michigan to collect 50 gallons of disinfectant from him.

“This is a linchpin,” said Tatum. “We have a need and we take care of it. I promise you that if we drink alcohol, I won’t do anything close to what I do. And we give away a lot.”

The FDA said in a statement to The Tennessean on Friday that it did not intend “to oppose the production of denatured or undenatured alcohol for use in hand sanitizers as long as a denaturant (bittering agent) is added to the hand before the hand is finally made.

“Adding these denaturants to alcohol makes the product less attractive to take.”

Distillery worker Tyler Crowell packs bottles of hand sanitizers on Thursday, March 19, 2020, in Nashville, Tennessee. Corsair Distillery has discontinued the production of its spirits and switched to hand disinfectants to donate to those in need during the Coronavirus outbreak. (Photo: George Walker IV / The Tennessean)

“The supply chain is killing us,” said Bell. “Everything is difficult to get at the moment.”

Packaging, Bell said, has also become a problem. Corsair was ready to bottle disinfectant on Thursday and Friday, but will have to wait until Monday due to a supply shortage. Bell was able to find a solution to denature the alcohol used in his disinfectant.

Chris Swonger, president and CEO of the United States Distilled Spirits Council, said his group had worked closely with the FDA, adding that distillers want to be “part of the solution.”

Under the Distilleries that signed a $ 2 trillion stimulus bill on Friday from President Donald Trump are exempt from normal excise duty on undenatured alcohol, which is at a scale of $ 2.70 per gallon for the first 100,000 Gallons and $ 13.50 per gallon thereafter.

“We also need their continued flexibility to guide on undenatured alcohol,” said Swonger. “We are ready to work with them, whether they are labels or just hand disinfectants or disinfectants for emergency services or hospital communities.”

Swonger also said that they would work with the FDA to ensure that the disinfectant produced by the distilleries is inaccessible to young children.

“At the end of the day, we want to make whiskey, not a hand sanitizer,” said Swonger. “It is a proud moment for our industry to be able to help first aiders and hospitals.

“Some of the larger companies have the sophistication to produce with denatured alcohol (disinfectants), but many of the smaller distilleries have had issues with the FDA guidelines. Hopefully we can find a way to bring this into line with the FDA.”