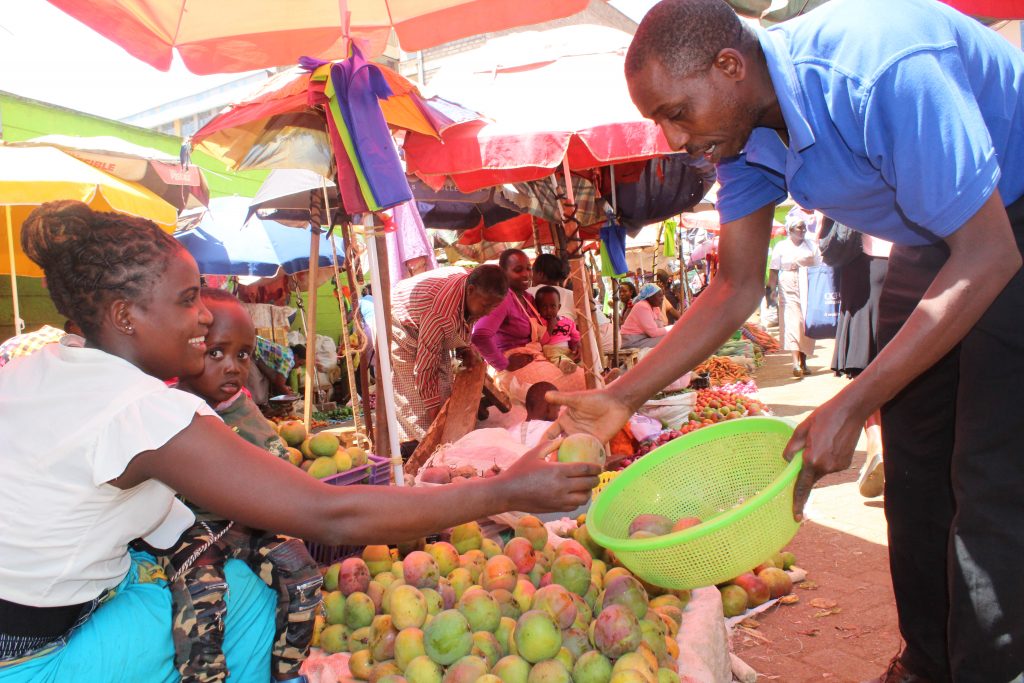 Over in the Lake Victoria region County of Homabay, Millicent Atieno has sold fish at the Mbita market since 2015. A pattern that Nairobi-based food safety and security expert Evans Kori says replicates itself throughout Kenya’s 47 Counties.

“Our food consumption patterns are in line with their respective food production activities. In Central Kenya, for instance, the community shuns nutrient-rich traditional vegetables in favour of cabbage. Among pastoralist communities, the diet is predominantly animal-based,” he says in an interview with IPS.

“The Lake Victoria region diet is centred on fish. All these foods are important, but we have to adopt diets that include more food types. Our current food habits are not balanced, healthy or sustainable.”

Kori says the imbalance is common the world over, hence the negligible progress towards eradicating global hunger, food insecurity and all forms of malnutrition.

UN experts, in the State of Food Security and Nutrition in the World report 2021, reveal that the world has not progressively moved towards ensuring access to safe, nutritious sufficient foods for all people or toward eradicating all forms of malnutrition.

The report cites climate variability as a key concern in slowing down progress towards access to healthy and sustainable diets for all people. 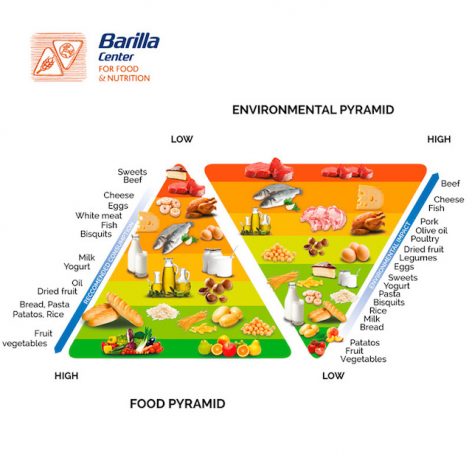 The double food and environmental pyramid model developed by the BCFN Foundation emerged from research and an evolution of the food pyramid, which forms the basis of the Mediterranean diet. Photo courtesy BCFN.

Using the latest evidence on food, health, and the environment to devise the Double Health and Climate Pyramid model, the Barilla Center for Food and Nutrition illustrates that global food goals cannot be achieved within current broken food systems and ecosystems.

Until the escalating food and climate crisis is resolved jointly and not independently and in isolation, progress towards a sustainable, food secure and healthy planet will be slow.

He stresses that people worldwide will not access the nutrients they need and sustainably within existing food systems.

In 2020, between 720 and 811 million people faced hunger, according to the UN’s Food and Agricultural Organization (FAO).

Driving home the urgency for nature-positive food production systems because current systems are broken, FAO estimates show the agricultural sector accounts for one-third of greenhouse gas (GHG) emissions. Food production accounts for the largest share of freshwater withdrawals at 70% on average and 90% of the water footprint of humanity, as well as 12% of land use.

Barilla’s evidence-based Double Pyramid illustrates the linking between climate change and food systems. This promotes health and longevity and reduces the impact of food choices on the ecosystem, and more specifically, on climate change.

The Health and Climate pyramids are placed side by side. The health side shows features of a balanced, healthy, and sustainable diet. The climate side shows the associated impact on health and the climate.

Based on scientific evidence linking food choices in the adult population to health outcomes, the health pyramid arranges food into 18 food groups across seven layers according to the recommended frequency of consumption for people’s health.

Foods such as fruits, vegetables and whole-grain cereals, which should be consumed most often, are placed at the bottom of the pyramid. The second layer includes nuts and seeds, non-tropical vegetable oils, refined low glycaemic index cereals and fermented milk. The third layer comprises pulses and fish as preferred sources of protein. The fourth food layer has poultry, eggs, milk and cheese. The fifth layer includes high glycaemic index foods like white bread, refined rice and potatoes. No more than two servings of this food should be eaten per week.

Animal fats, including butter, tropical oils like palm oil, red meat and sweets and baked goods made with refined flour and sugar are in the sixth layer of the pyramid because eating them is associated with a significantly higher risk of cardiovascular events. The advice is to eat these no more than once a week. There are foods like processed meat like sausages, bacon, and salami in the seventh layer, associated with a high risk of cardiovascular diseases and other chronic diseases and should only be eaten occasionally.

The climate pyramid then classifies different foods based on their carbon footprint or carbon dioxide equivalent emissions. Again, foods are arranged into 18 groups and seven layers, starting with a very low carbon footprint to a very high footprint.

As per research by FAO, “cattle raised for both beef and milk, and inedible outputs like manure and draft power are the animal species responsible for the most emissions, representing about 65 percent of the livestock sector’s emissions.”

Barilla’s Double Pyramid is, therefore, an illustration of how people can eat varied, balanced, and healthy diets and, at the same time, reduce their contribution to climate change.

The pyramid recommends a consumption frequency for all food groups and shows their impact on health and the climate.

Each of the seven pyramids reflects and celebrate the global value of diversity while promoting healthy, sustainable eating and consideration for planet health.

On the one hand, the double pyramid summarises key knowledge gained from medicine, nutrition studies, and the impact of people’s food choices on the planet. And, on the other hand, a consumer education tool.

Rich Food from Poor Fish, Making Food and Health Sustainable
If Women Farmers were Politicians, the World Would be Fed, says Danielle Nierenberg
Q&A: Why the World ‘Can’t Afford to Wait’ for Transparent, Equitable Food Systems