In the face of the COVID-19 pandemic, the over 200 member-strong partnership is bolstering efforts to help countries meet commitments to reduce greenhouse gas emissions and empower renewable energy, food security, and climate adaptation initiatives. 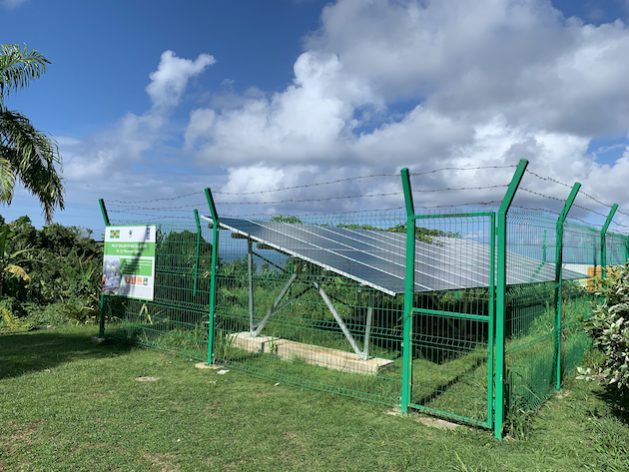 DOMINICA, Mar 10 2022 (IPS) – A member-led global coalition of 202 countries and institutions, the NDC Partnership has turned the spotlight on climate action by supporting countries’ efforts to craft and implement Nationally Determined Contributions (NDCs), which outline their commitments to reducing global greenhouse gas emissions.

As a cornerstone of the Paris Climate Agreement, countries are expected to present revised and progressively more ambitious NDCs to the United Nations Framework Convention on Climate Change every five years. After years of planning, country governments are now shifting to NDC implementation. They are calling on the NDC Partnership’s technical expertise and financial support to catalyze climate action amidst the ongoing climate crisis and COVID-19 pandemic.

Despite the challenges posed by COVID-19, the NDC Partnership confidently demonstrates that many countries have made progress towards addressing climate change and advancing sustainable development.

Although the pandemic delayed some countries’ NDC submissions and climate action plans, there has been significant progress towards NDC implementation across three critical sectors: renewable energy, food security, and climate adaptation. Representatives for Partnership members, including the International Renewal Energy Agency (IRENA), the Food and Agriculture Organization (FAO), and the International Institute for Sustainable Development (IISD), discussed the challenges countries faced in NDC implementation across their respective sectors and reflected on the successes and lessons learned over the last few years.

“It was super difficult with COVID, but I have to say it is really remarkable,” said Elizabeth Press, IRENA’s director of planning and programme support. “The majority of countries were very involved [in NDC revision and implementation] and worked hard to compensate for shortfalls. The virtual way of operating was sub-optimal, but many countries made it work.” Over the last NDC revision cycle, IRENA has been working with over 70 countries to bring clean energy goals into their NDCs, a process which Press said has been more collaborative and streamlined this time around.

“Comparing the first round of NDC work that was done around Paris and now, there is a big difference,” she said. “The first round was largely done by environment ministries and consultants and was not an integrated government process. It’s different now and gives me hope that this [a country’s NDC] is not just a document that needs to be submitted to the United Nations, but that serious consideration and widespread consultation has taken place on how to formulate and execute these promises in a climate-safe manner.”

Looking forward, Press noted that countries had requested IRENA’s assistance to ensure a smooth transition to renewable energy through data collection, the development of road maps, project implementation, and other issues linked to energy transition, such as water and food security.

In fact, 95 percent of NDCs listed agriculture as a priority sector for climate action. “This is important because agriculture is both a source of greenhouse gas emissions and an important part of the solution to the climate crisis for mitigation, adaptation, and building resilience,” said Zitouni Ould-Dada, FAO’s deputy director for the office of climate change, biodiversity, and environment.

According to FAO, the world’s agri-food system contributes over 30 percent of human-induced greenhouse gas emissions. “When we say agriculture, we include fisheries, forestry, and land use,” Douda said.

FAO helps countries to raise ambition and integrate agriculture and food systems into their NDCs.

“We recently provided technical assistance to 21 countries to accelerate the implementation of their NDCs and enhance the ambition of their commitments, and we have been facilitating this support to countries since 2017.”

Douda said that FAO’s programs ensure that national commitments are translated into actionable policies on the ground.

In reflecting on FAO’s successes, he cites increased access to finance for farmers, higher engagement among civil society and women’s organizations in determining countries’ climate commitments, and an extended suite of incentives for farmers as evidence of successful climate action to date.

For other Partnership members, however, success can be found in the increase in local climate adaptation initiatives or projects that are designed to help communities mitigate and prepare for the effects of climate change.

“Scaling up adaptation is important for the many countries – especially countries in the Small Island Developing State and Least Developed Country groups – that have contributed the least to global greenhouse gas emissions but are most vulnerable to the impacts of climate change,” said Anne Hammill, IISD’s senior director of the resilience program.

IISD noted that many countries are now including information on how to prepare for climate-driven threats and disasters as a part of their NDC reporting.

“In Costa Rica, we worked with the government to launch the Next Season project that offered artists residencies for creative approaches to informing the public about climate policies,” Hammill says. “In Tonga, we supported the government to hold the first-ever media engagement workshop on their national climate plan, as well as preparing a report to track progress on their national climate plan and work to revise their Climate Change Policy.”

According to Hammill, more countries are moving from planning to action and “linking on-the-ground adaptation projects to a broader national mandate and vision set out in their NAPs and NDCs.” For IISD, the NDC Partnership has been instrumental in addressing a critical area of concern: coordination of support.

“There is a very diverse landscape of support to countries and relatively limited capacities to navigate, let alone absorb such support,” Hammill said. “This coordination challenge can be particularly acute in LDCs and SIDS and can get in the way of progress, let alone the efficient use of resources.”

However, with the Partnership’s resources, expertise, and funding, country members and institutions are finding ways to advance sustainable development and local climate action together, underscoring the value of collective action.

With the release of the Intergovernmental Panel on Climate Change (IPCC)’s latest assessment report on the impacts of climate change on ecosystems, biodiversity, and communities at the global and regional level this week, the need for collective action is more evident than ever.

The report’s findings underscore the urgency of global adaptation efforts to drive climate action, efforts that the Partnership is committed to supporting. By acting together, NDC Partnership members are working to ensure countries are better prepared for the impacts of climate change, now and for future generations.