The topic of “zero tolerance to immigrants” has been widely debated in the last few years. As an I.T. specialist and as a person whose political asylum case at USCIS has been in pending mode for almost four years I would like to share some evidence of the issues experienced while using the site, which can be attributed to two main reasons: lack of professionalism of I.T. people at USCIS or the application of the “zero tolerance” policy to immigrants. I leave it to your judgment.

My name is Natalia Golenkova, and I am an immigrant from Russia. I had to flee to the USA 4 years ago with my two kids after being prosecuted by the Russian Government for leading the opposition protests against the erection of the medieval tyrant Ivan the Terrible’s statue. If you read articles regarding this political matter in Guardian, Politico, The Times, Associated Press, or other media platforms, there is a big chance that I was the one who gave interviews and has been repeatedly attacked and assaulted on multiple occasions by the Russian Government for my political views.  I sought political asylum and started a new life from scratch here in the USA. I am truly grateful to the USA and its people who have provided a home far away from home for my family and me, and each day I try to pay back by working hard to make the American society a better place to live in by contributing to its growth. I filled my political asylum case and affidavit in November 2016 and then had to patiently wait in line for the interview for almost three years. Typically, political asylum seekers are invited for an interview within three months upon filling a political asylum case and should receive a decision within two weeks after the interview has been conducted. Surprisingly, I had to wait to be interviewed for more than three years, and to date, I am still waiting for the decision – over eight months have passed after being “interviewed” by the USCIS officer during long 6 hours. 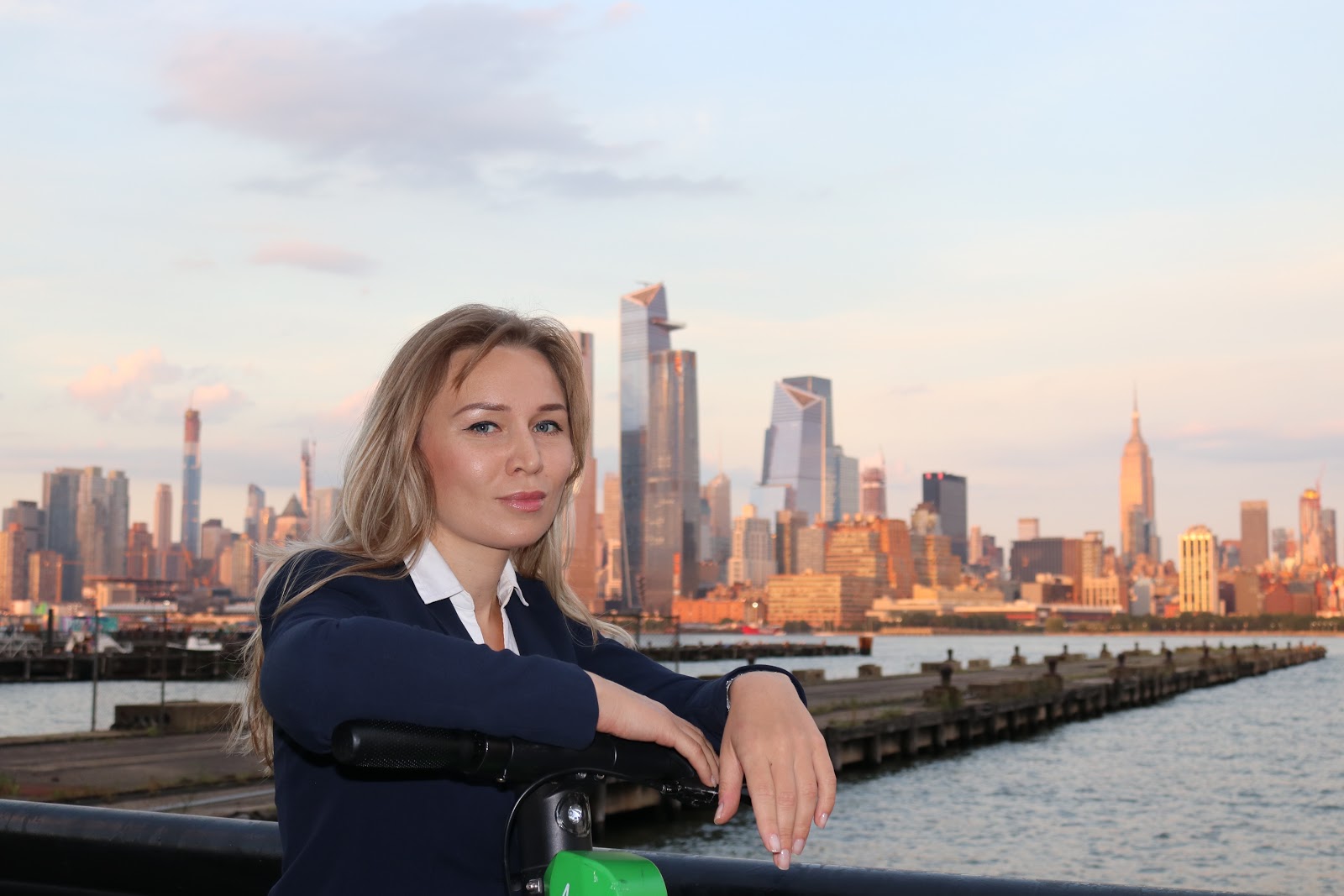 But let’s return to the issues on USCIS’s website. One of the most widely used features on the U.S. Citizenship and Immigration Services (USCIS) website is the My Case Status tool. This online tool allows a person to check the status of a pending petition or application by providing the receipt number of the case. Everything works fine with my case receipt 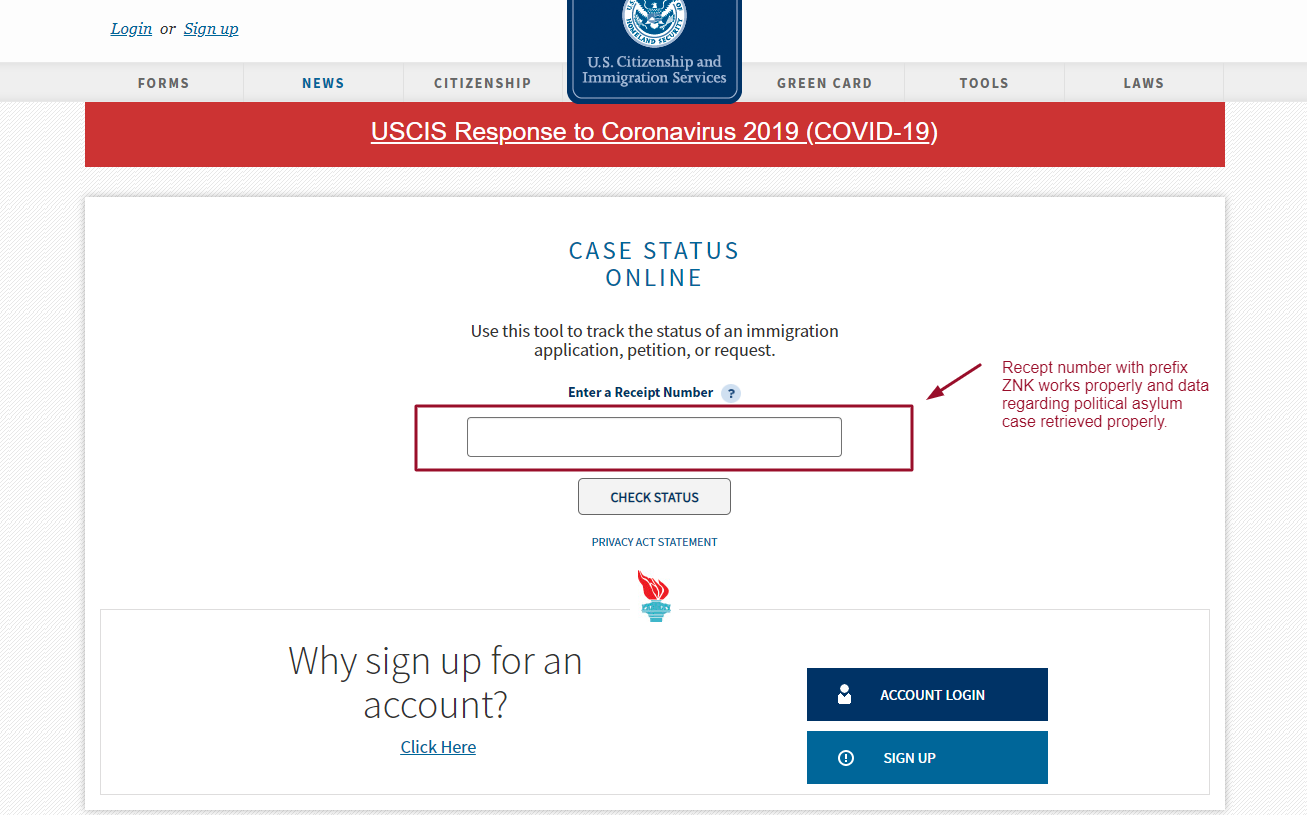 while using this form. And the system indifferently retrieves an encouraging message that my case is still pending 4 years in the row.

Although, when you are trying to find out why your case is stuck and submit an online  Submit a case inquiry, you see that it is impossible to submit as an inquiry because of the bugs in the code. You just cannot submit an inquiry with some type of cases, in particular with political asylum case,  because the code was written this way. Please follow my screenshots if you are curious about tech facts of total IT incompetence or “zero tolerance” policy to the immigrants’ implementation.

After looking in all these screenshots I offer you to answer an important question, is this a premeditated feature to prevent people of several cases types from submitting an inquiry about their cases, or is it an oversight and a bug? Why do we pay taxes to the institution which hires IT people with much less professional skill level than thousands of IT guys and not tech people, whose not easy immigrant’s life USCIS is trying to make unbearable and miserable for long years?

Submitting a case Inquiry at https://egov.uscis.gov/e-request/Intro.do 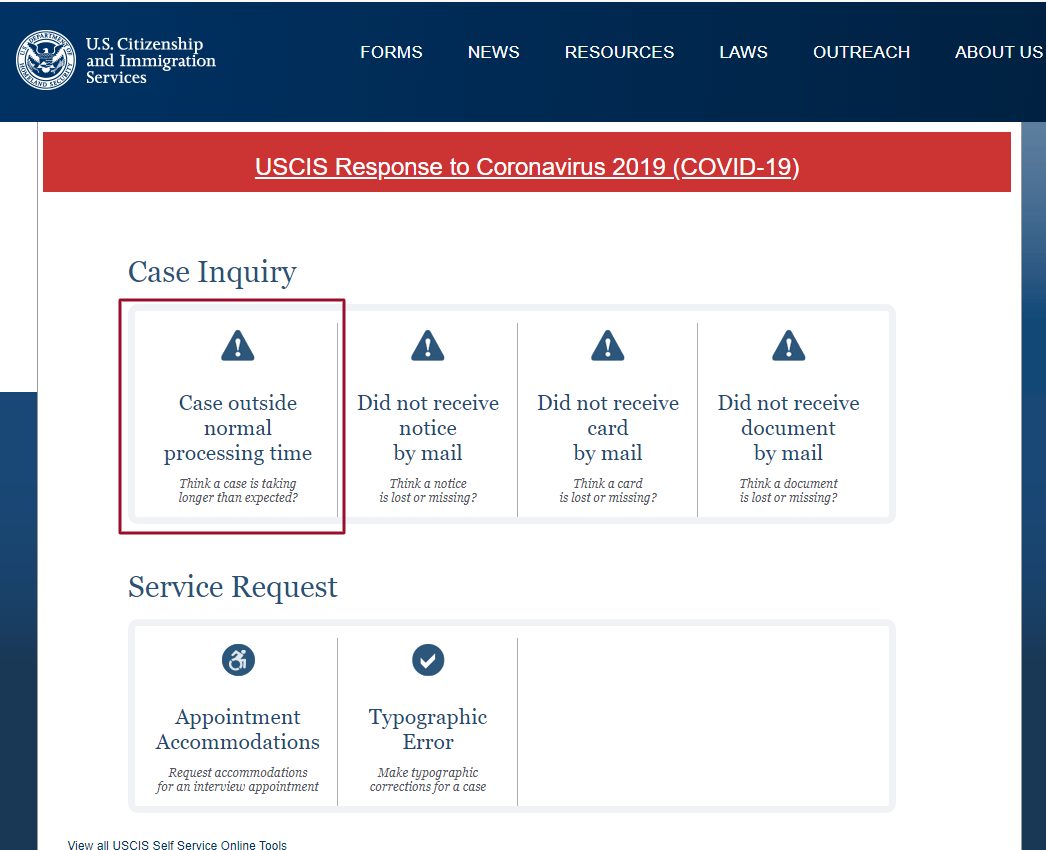 Filling our the right info

Upon submission a user will be greeted with following message “The Inquiry cannot me submitted because of the invalid receipt # and Form Subtype”. There are two issues here. Firstly, same Receipt # worked perfectly using My Case Status tool to check application status, so that can be right, and secondly it is impossible to choose Form Subtype given the fact that dropdown is empty.

If you have basic knowledge of coding and using Google Chrome Developer Tool you can see that Receipt Number validation does not support ZNK prefix and Form Sub Type list does not include any subtypes for other forms including form I589. Nonetheless, both fields are required to submit your inquiry. 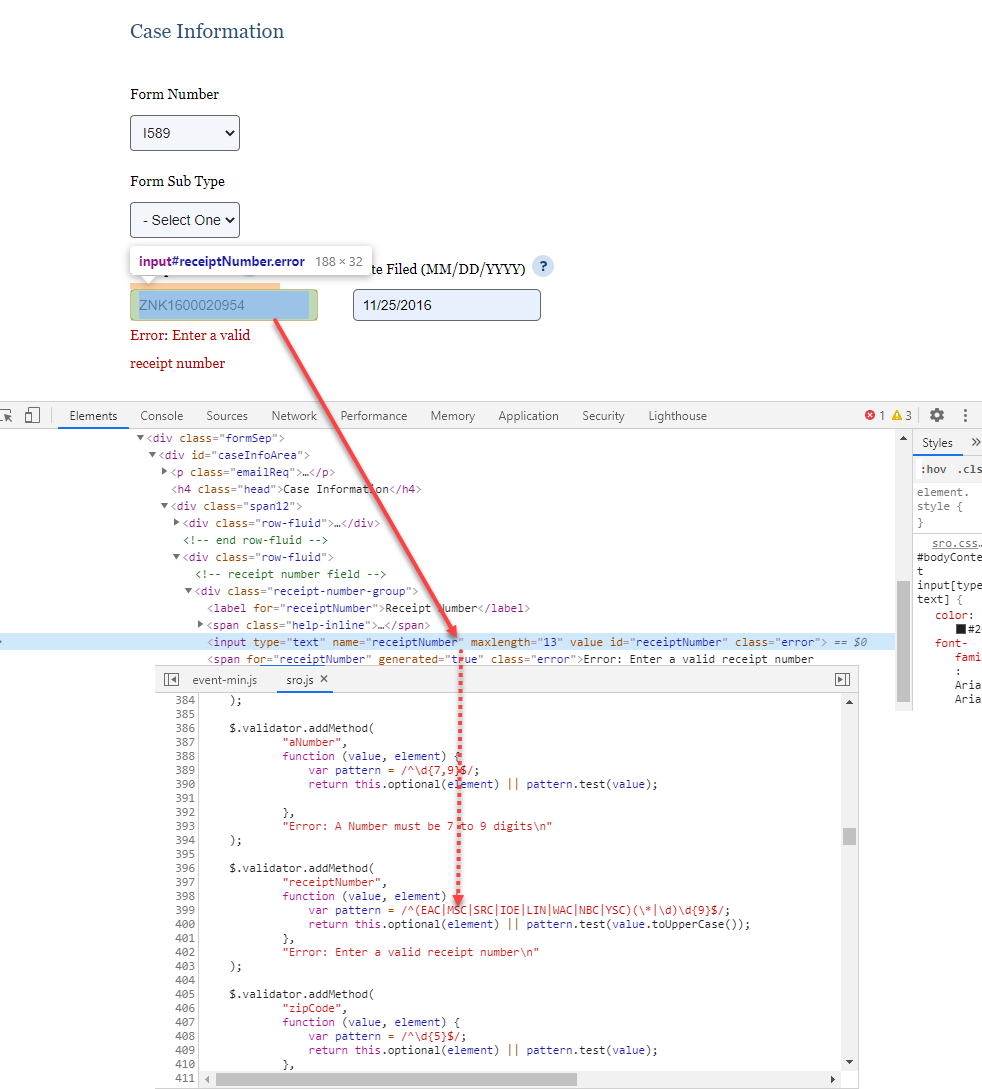 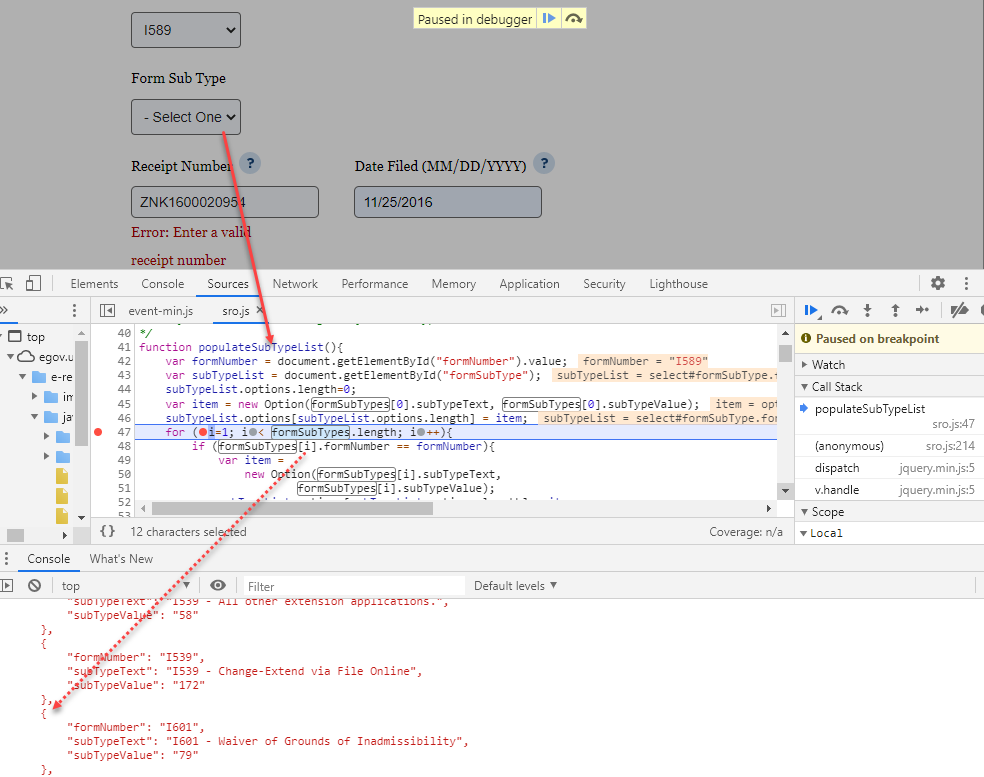 P.S. I reported an issue with the bugs in code to USCIS via myuscissupport@uscis.dhs.gov and inquiry form – so far no response and no changes.