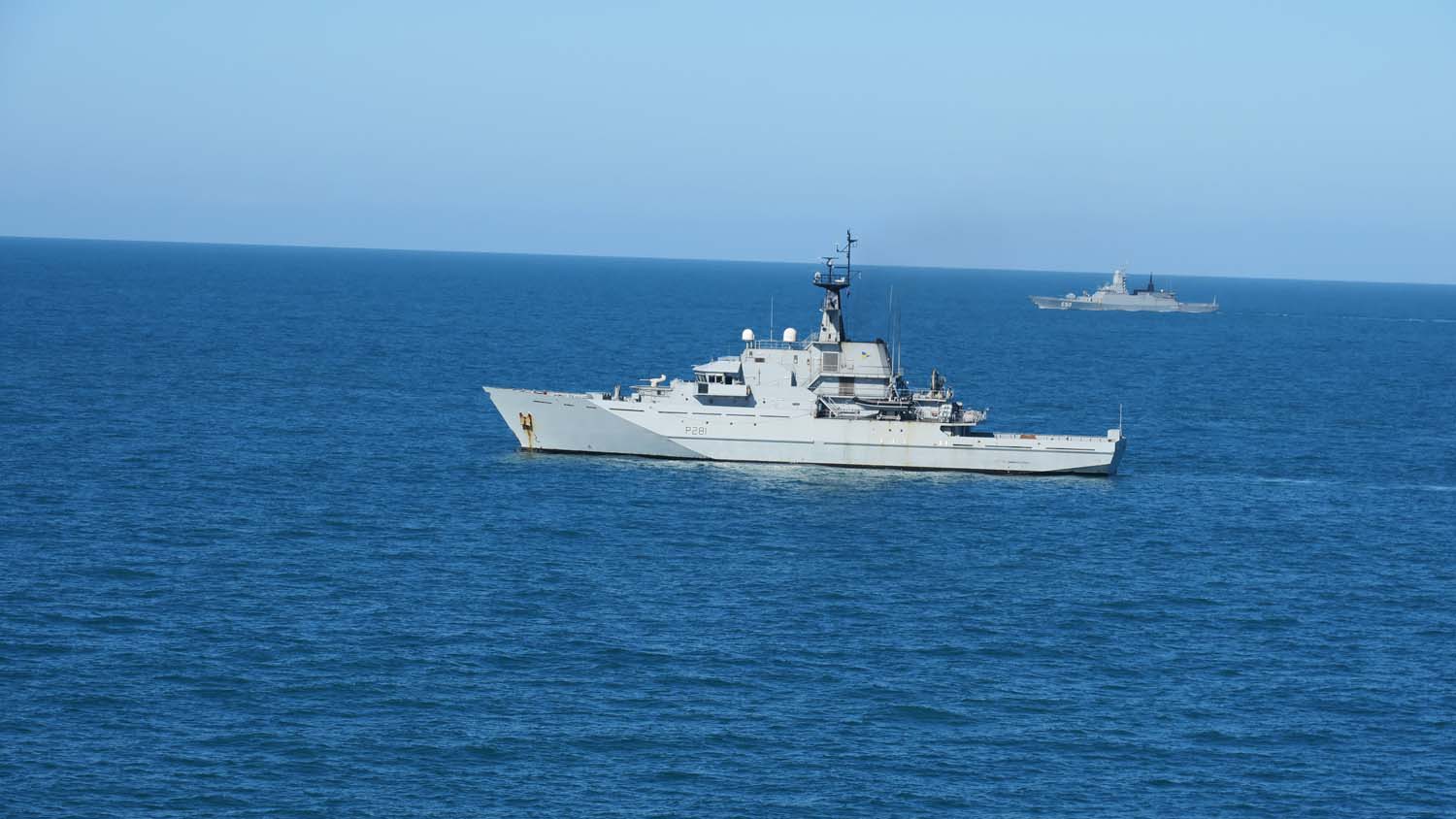 Last Thursday the Royal Navy scrambled their warships in the “most powerful response for many years to” Russia, that we are ready to defend our “territorial waters.”

The expert said that Russia have dispatched nuclear and non-nuclear to test NATO’s preparedness, whilst the world is dealing with coronavirus.

Russia sent stealth Kilo Class conventional submarines along with nuclear powered attack ships, and “NATO submarines may well have been trailing them.”

Iain Ballantyne, the Editor of Warships International Fleet Review told the Express, “For its part, NATO showed it was not going sit idly by as the Russians sent such large numbers of warships into waters close to the shores of north European Alliance member states.

“The Royal Navy mounted its most powerful response to the Russians for many years as they sailed close to the UK: four Type 23 frigates (HMS Argyll, HMS Kent, HMS Sutherland and HMS Richmond); two off-shore patrol vessels (HMS Tyne and HMS Mersey) and a survey vessel (HMS Echo), along with naval helicopters and back-up from Royal Fleet Auxiliary support ships RFA Tideforce and RFA Tidespring.

“This enabled a sustained shadowing operation to be conducted from the sea and the air, gathering vital intelligence on how the Russians work and letting them know the seas were not theirs alone.

“It was a major effort to send a message to Moscow that Britain stands ready to defend its territorial waters in conjunction with NATO allies, who also deployed warships to shadow the Russians.”

He stressed that Russia’s military activities had not began and started with what took place in the English Channel.

Last week, in a show of might Putin’s military have showed their strength by hunting down a theoretical “enemy submarine” in the Mediterranean Sea.

Three Russian warships were deployed to the Mediterranean Sea to seek and “destroy” a theoretical “enemy” as part of a naval drill during the coronavirus pandemic.

Russia was warned by NATO on Thursday that we are ready for an attack, and the military alliance remains strong despite the coronavirus crisis.

NATO chiefs said they will stand up to any threat from Russia after Putin’s military have showed their strength by hunting down a theoretical “enemy submarine” in the Mediterranean Sea.

Ballantyne said, “Beyond what we could see going on, the activities of surface vessels submarines were no doubt out there supporting the Kremlin’s surface warship deployments, not least stealthy Kilo Class conventional submarines and nuclear-powered attack boats.

“NATO submarines may well have been trying to trail them.”

But, “The Russian submarines are unlikely to have sailed through the English Channel submerged, as that would risk being seen as an act of war so close, and even risking straying into the territorial waters of France and the UK.

“They are more likely to have sailed out past the west of Ireland, well within international waters, before heading south.”

NATO Secretary General Jens Stoltenberg said last week, “It is very likely that Russia will try to take action while the US and Nato is distracted with Covid-19, arguably the first time we have a serious home threat that is impacting our readiness.

The UK has seen a spike in “unusually high levels” of activity in the English Channel by Russian warships, and three weeks ago Russian bombers flew along UK airspace in Scotland.