Extent of Violence Against Women During Pandemic Exposed - iCrowdMarketing

Extent of Violence Against Women During Pandemic Exposed 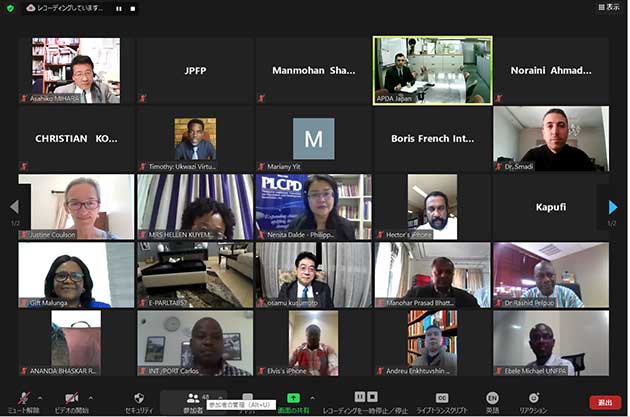 Parliamentarians from Africa and Asia met to discuss how to improve the conditions of women, girls, and youth during pandemics. Credit: APDA

JOHANNESBURG, South Africa, Mar 11 2021 (IPS) – COVID-19 restrictions exposed women and girls to heightened abuse – revealing the conditions in which gender-based violence became the shadow pandemic on the continent, a recent webinar attended by parliamentarians from Africa and Asia heard.

Gift Malunga, United Nations Population Fund (UNFPA) country representative for Zambia, told delegates that during the lockdown in Zimbabwe, 90% of calls to traditional hotlines between March and May 2020 were related to intimate partner violence.

Malunga was talking at the webinar facilitated by the Asian Population and Development Association (APDA) and supported by UNFPA-JTF. This was the second event to enable inter-continental sharing of information on implementing ICPD25 commitments during the COVID-19 pandemic. The webinar’s theme emphasised gender-based violence (GBV) during lockdowns.

Asahiko MIhara, a member of parliament and Deputy President of Japan-AU Parliamentarians Friendship League, opened the forum by noting that women, as frontline workers, played a crucial role in managing the pandemic. However, the reallocation of resources, including SRH services, could be detrimental to global and national efforts to improve women’s health, he said.

Malunga said while even before the pandemic sexual and gender-based violence was high, with one in three women on the continent having experienced physical or sexual intimate partner violence, the pandemic exacerbated this. Services for sexual reproductive health were disrupted, and as a result, the UNFPA expected long-term consequences, including, according to a study, 7 million unintended pregnancies every six months.

The study also estimated that an additional 18 million child marriage cases could occur due to disruptions of programs to prevent female genital mutilation and child marriage. Transactional sex increased as poverty increased.

When girls dropped out of school, “they become more vulnerable to sexual and gender-based violence, even to teenage pregnancy, to sexually transmitted diseases including HIV and child marriage,” Malunga said.

“This perpetuates the cycle of poverty. COVID-19 affected women who worked in the informal sector as they had been pushed out of work. When more vulnerable to poverty, they also experienced more GBV in their homes.”

In Zambia, during partial lockdowns, there was increased exposure to GBV, and a study conducted in December 2020 showed that 30% of young people between the ages of 15 and 24 experienced domestic violence.

There was also an increase in transactional sex, Malunga quoted a respondent:

“Child marriage is on the increase because parents have become poorer and can’t afford to provide adequately for their children. Lack of income and prolonged closure of schools are the major causes of the increase in child marriage. This is more common in large families where hunger is more pronounced.”

She called on parliamentarians to advocate for an enabling environment for women and girls. She said while many countries had great policies and strategies, problems arose with implementation.

He said that because of circumstances, even civil society found itself hampered because of restrictions imposed during the pandemic – this included not being able to reach those in need because of a loss of funding.

Ntelamo said CSOs implored governments to address women and girls’ needs, especially in rural and remote areas. These areas needed time-sensitive services such as voluntary termination of pregnancies. Governments should guarantee access to assistance and protection of women survivors of sexual violence, trafficking, and other exploitation.

She said it was also critical to look at the impact on the youth, which ranged from school and university closures, loss of employment, heightened food insecurity, and accessing health services. South Africa, Namibia and Botswana were already among some of the world’s most unequal countries despite being middle-income countries, and this inequality had increased during COVID-19.