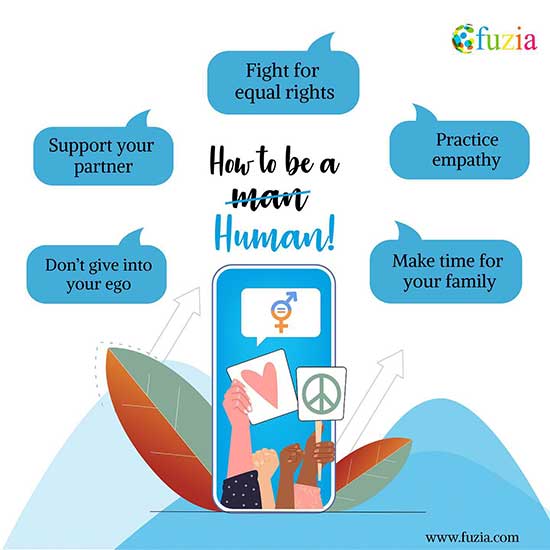 NEW YORK, Dec 14 2020 (IPS) – The United Nations Secretary-General’s UNiTE by 2030 to End Violence against Women campaign marked the 16 Days of Activism against Gender-based Violence (25 November to 10 December 2020) at a time when COVID-19 exacerbated the conditions women operate under.

The theme, Orange the World: Fund, Respond, Prevent, Collect!, was aimed at amplifying the global call to action to bridge funding gaps, ensure essential services for the survivors of violence during the pandemic, prevent abuse and collect data that could lead to life-saving services for women and girls.

While the campaign rippled across social media, women’snetworking platform Fuzia www.fuzia.com) responded with several initiatives aimed at their 4 million followers.

UN Women call the abuse against women during COVID-19 the “shadow pandemic” and in recent studies outlined shocking statistics. They estimate 243 million women and girls were abused by an intimate partner in the past year. Meanwhile, less than 40 percent of women who experience violence report it or seek help.

Recognising the dire need for help Fuzia hosted a live session with a licensed clinical psychologist, Aastha Kapoor, talking about how to survive an abusive relationship. Kapoor, in conversation with Fuzia’s project manager Anjali Joshi, spoke about how difficult it is for abused women to confront their reality.

Kapoor said that her patients often take three or four sessions before talking about the abuse, and even then, it is often difficult to break ties with the abuser.

The women “have to communicate with themselves” to end these relationships and understand that while there is hope that people will change, this is seldom the case, she warned. Joshi spoke about how abused women are often not believed, a phenomenon she termed ‘gaslighting’ and persuaded by family and others to return to abusive relationships.

“Abuse is not necessarily always physical abuse. Abuse also comes as manipulation, gaslighting, which might happen with friends, workplace, partners, and family,” Kapoor said. “So, it is important to have a safe space to come out and speak. A conversation and judgment-free platform can make the victim open up and seek guidance.”

Joshi remarked that people need to talk about these sensitive topics because these are evident in real life. Identifying and learning that the problem is here is the first step to cure the issue.

Fuzia works entirely on digital platforms and uses other exciting and innovative techniques to support its online community.

Its editorial philosophy includes supporting women as they handle matters at home, bringing up children, as workers – especially in healthcare fields.

Without support, it recognises that women could suffer from mental health issues and identity crises. This nurturing and societal support varies significantly from one country to another, and regional norms tend to have a strong influence.

Fuzia has understood and pinpointed these needs and came up with innovative ways to lend a supporting hand to females across the globe.

With a variety of followers and creative thinkers under one umbrella, they have created a space that is judgment free and nurturing. Any age, race, colour, ethnicity, and gender orientation are welcome on their platform.

Apart from domestic violence and abuse, their forums provide support for people experiencing workplace neglect, healthy and unhealthy relationship spectrums. It also tackles LGBTQ issues, teen and tween issues, self-care, healing a trauma and suicide prevention among others are discussed here, and guidance, along with region-specific information is provided.

In many countries where religion and societal stigmas play a central role, women are often side-lined. Their saying “NO” can be taken as a form of “YES” and personal opinions and choices are virtually ignored. Selfcare, matters of body and sexuality are highly negated and considered taboo topics.

Megs Shah, CEO of The Parasol Cooperative, in an exclusive interview with IPS, said that women often live in these abusive relationships because of societal pressure.

Thoughts like: “What will people say?”; “I am a helpless woman”; “My children will suffer if I leave a relationship”; “I will be financially constrained,” keep the abused women from asking for help.

Often these beliefs are articulated when she speaks to survivors and single mothers on a Facebook group.

Another, recently launched, Fuzia campaign, “Write out Loud”, encourages writers were to creatively express their views on women’s empowerment and gender equality.

Fuzia also has a blogger and podcaster who writes under the pseudonym “Zia”. She tackles women empowerment, gender equality, and activism.

Zia comments during the 16 days: “Compromises are required in all relationships, but women no longer need to be self-sacrificing. We now have to put our foot down. We now have to break the cycle of patriarchy. For that, we now have to raise the voices we were born with. The new norm in society should be EQUALITY. All relationships should strive for it. When we decide to break the norms when we stand up for ourselves, and that’s when we decide what’s right and what’s wrong.”

This article is a sponsored feature.