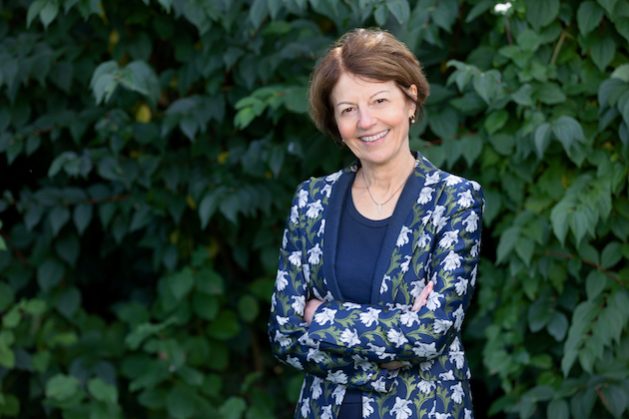 New Delhi, Jul 3 2022 (IPS) – Speaking to IPS about the importance of biodiversity and nature’s contributions to people, Dr Anne Larigauderie, Executive Secretary of the Intergovernmental Platform on Biodiversity and Ecosystem Services (IPBES), stressed the importance of moving from knowledge and policy silos to a more integrated approach to achieving the Sustainable Development Goals (SDGs), especially those related to food, water, health, climate change, and energy, which can only be achieved together with the two goals related to biodiversity.

Larigauderie said it was crucial to provide resources and build capacity in under-resourced developing countries where much of the remaining biodiversity is located. Financial resources were particularly needed, she said, to fund global biodiversity observing systems in order to monitor biodiversity in order to follow progress according to internationally agreed indicators and targets. She was speaking to IPS ahead of the ninth session of the IPBES Plenary (#IPBES9) in Bonn, Germany.

IPBES harnesses the best expertise from across a wide range of scientific disciplines and knowledge communities to provide policy-relevant evidence and knowledge, thus helping to catalyse the implementation of knowledge-based policies at all levels of government, the private sector and civil society.

In the face of the worsening climate crisis and rapid biodiversity loss, IPBES’ role has been growing in importance since it was established in 2012.

IPBES’ first thematic assessment, on Pollinators, Pollination and Food Production (2016) brought a global focus to issues relating to the protection and importance of all pollinators, and has since resulted in a number of strong policy changes and actions globally, nationally and locally.

At #IPBES9, 139 member governments are expected to approve two crucial new scientific assessment reports, one regarding the sustainable use of wild species and the other regarding nature’s diverse values and valuation. 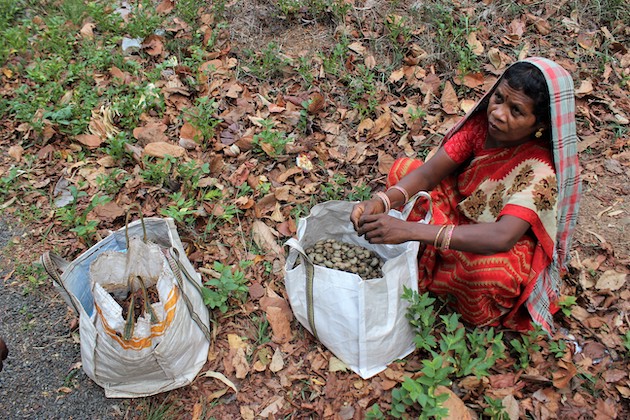 Inter Press Service (IPS): IPBES provides policy-relevant knowledge to catalyse the implementation of policies at all levels, including awareness-raising among the public. What outcome do you expect from #IPBES9?

Anne Larigauderie (AL): We expect to have three major outcomes. Two new reports will be submitted for approval and are planned for release from #IPBES9. One is on the values and valuation of nature and the other is on the sustainable use of wild species. A third major outcome of the meeting is expected to be a decision about starting a new report on business and biodiversity, which would be produced in a couple of years.

IPS: How significant are these new reports’ findings for biodiversity conservation in particular, and more broadly for achieving a range of biodiversity-related SDGs, including food security and climate change? You have mentioned elsewhere that climate science may be working in a silo and not, ideally, together with biodiversity goals. How are IPBES scientific data-based reports helping bring working synergy to these critically interlinked SDGs?

AL: You really put your finger on a very major issue and message that IPBES has been trying to advance.

One of the key conclusions of the IPBES Global Assessment on Biodiversity and Ecosystem Services was that with the current loss of biodiversity and degradation of nature, we are not going to achieve the two most directly biodiversity-related SDGs: 14 and 15. We will also miss a number of the other goals related to the production of food, water quality, health and climate change.

With the ongoing overuse of pesticides, loss in soil biodiversity and in pollinators, among others, we will for example not be able to reach SDG-2 on zero hunger.

With current high rates of deforestation, land degradation, and the overuse of fertilisers, we also cannot reach SDG-13 – to take urgent action to combat climate change and its impacts – because all of the actions that I just described, are either contributing to greenhouse gas emissions or reducing the capacity of natural ecosystems to mitigate against climate change.

Deforestation also threatens SDG-3 related to good health. So, protecting biodiversity is not only necessary for conserving nature, but it also really is about reaching all of those other key SDGs and protecting all of nature’s other contributions to people as well.

AL: Based on the latest scientific data, IPBES assessments inform decision-making. Then it is up to governments and a diverse set of actors to act.

IPBES’ 2016 report on the status of pollinators and the impact on food security has informed quite a lot of new legislation around the world. It triggered a new UN Food and Agriculture (FAO) international initiative on pollinators, for instance. All this contributes to reducing the loss of pollinators. We hope for a similar level of impact from the report on the sustainable use of wild species once it has been released.

IPS: How effectively and urgently are countries implementing the IPBES-informed policies that would result in much-needed transformative changes for reaching biodiversity targets?

AL: Clearly, not enough. The IPBES Global Assessment of Biodiversity and Ecosystem Services concluded in 2019, that good progress had been achieved towards components of only four out of the 20 Aichi Biodiversity Targets of the Convention on Biological Diversity (CBD) to be achieved by 2020. Because of the pandemic, the 15th session of the Conference of the Parties to the Convention on Biological Diversity (COP15), initially scheduled for 2020 has been rescheduled for December 2022. This is of course having an impact on many policies, which are related to the global agenda, including at the national level.

AL: What we do not have currently for biodiversity is a global biodiversity observing system. The climate change community has had a Global Climate Observing System ever since the Climate Change Convention started.

As part of this system, governments have agreed on a set of essential climate variables (for example, water temperature or salinity) which are measured by all governments thanks to in-situ and remotely sensed capacity, and shared in common databases, thus enabling scientists to project future trends in climate change, among others.

For biodiversity, there is no such global observing system agreed upon and funded by governments, with the proper capacity to monitor changes in biodiversity and thus know if policy implementation has succeeded or failed.

Currently, biodiversity data are collected according to different protocols, stored in separate databases, with many gaps (for example, taxa, geographic, temporal) and no operational capacity, such as dedicated agencies, to ensure the long-term collection and proper storage of data. These gaps are particularly important in developing countries, where much biodiversity lies.

We can formulate the hope that COP15 will emphasise the need for a proper intergovernmental global biodiversity observing system and pave the way for a mechanism to properly resource such a system.

IPS: Is data collection focusing more on flagship species and not enough on other species which may not be as ‘glamorous’ but are critical for healthy ecosystems?

AL: There is definitely a general bias in data collection. Over the years, particularly in the past, people have focused their efforts on the animals they saw, liked, found attractive or interesting – think about birds, which are the most observed animals in the world because they have always fascinated people. That bias is changing, however, as new technologies provide access to environments which were too small or too difficult to reach. Studying soil microflora and microfauna or deep ocean biodiversity is becoming possible, but many of these techniques remain expensive and thus require funds and capacity building.

IPS: Are countries doing enough to preserve and promote indigenous knowledge of biodiversity?

AL: IPBES has placed a major emphasis on indigenous knowledge in its work. It was one of our guiding principles right when IPBES started. The choice was made by governments to not only rely on scientific knowledge in our reports but also on knowledge from indigenous peoples and local communities. Over the years, IPBES has invested quite a lot in developing an inclusive approach and engaging more closely with indigenous communities.

This has made the IPBES reports richer, more diverse, and more relevant to everyone, including indigenous people, who have often managed to keep their environment in better shape than others – even though their territories are threatened by climate change and other issues for which they are often not responsible.

So yes, this is an area that IPBES strongly supports and values. IPBES has actually played quite an innovative role, and inspired others with its unique approach, including the climate change community.

IPS: Can you share with our readers some clues about future IPBES assessments?

AL: We are finishing a report on invasive alien species and their control, that is planned for launch next year and then we have two new reports that are already in progress. One is on the nexus between biodiversity, water, food and health. Here IPBES is looking at how to simultaneously achieve the Sustainable Development Goals related to food, water, and health and also touching upon climate and energy together with biodiversity and ecosystems. We want to really get out of the silo approach and inform people about the options that are available to reach these goals simultaneously and not one at the expense of the other.

The other assessment is on transformative change– where IPBES is exploring the type of values and behaviours which are the origin of the indirect and direct drivers of biodiversity loss, and how they could be transformed. These underlying causes of biodiversity loss are difficult to study and often neglected but they are the root causes of all the issues and need to be better understood to be properly addressed.

IPBES Shoring up Private Sector Support for Biodiversity Science
Addressing the Global Biodiversity Crisis Requires Understanding and Prioritizing the Many Values of Nature
Speed Dating with the Future, a Romance with Science and Biodiversity