Is Sharing More than Water the Key to Transboundary Governance in the Meghna River Basin? - iCrowdMarketing

Is Sharing More than Water the Key to Transboundary Governance in the Meghna River Basin? 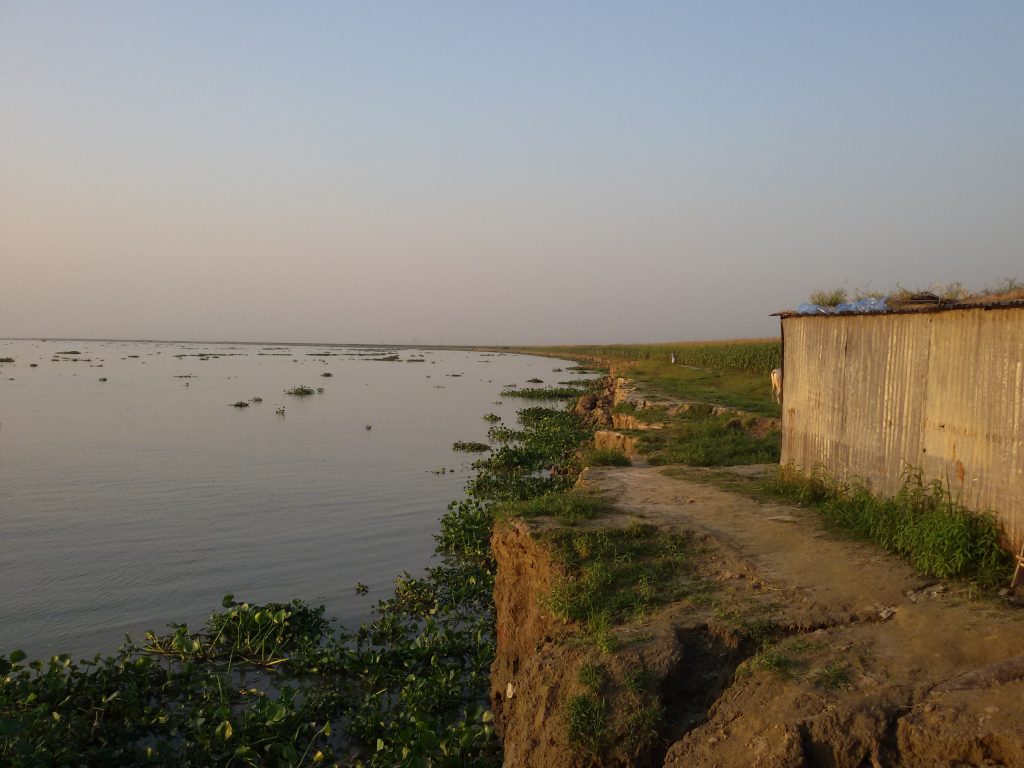 The Meghna River Basin is significant to both Bangladesh and India as it supports the livelihoods of almost 50 million people. Credit: Rafiqul Islam/IPS

DHAKA, May 31 2021 (IPS) – Kajol Miah is a rice farmer from the Bangladesh side of the Meghna River Basin. And in towns on the Indian side of the river basin, Bangladeshi rice is in great demand.

The example is a simple one that highlights the concept of benefit sharing between riparian countries. Benefit sharing goes beyond the mere sharing of water resources. It includes equitably dividing the goods, products and services connected to the watercourse.

According to Raquibul Amin, country representative of the International Union for Conservation of Nature and Natural Resources (IUCN) Bangladesh, benefit sharing can provide a solution to conserve water resources and ensure integrated and cooperative management of the Meghna River Basin.

“Negotiations on benefit sharing are based on the principles of the International Water Law, such as reasonable and equitable utilisation of the shared water resources, not inflicting harm, and achieving win-win outcomes for multiple stakeholders,” Amin told IPS, adding that governance based on benefit sharing was more holistic than traditional governance, which has historically been about allocating water.

One example of traditional water governance is the 1996 Ganges Water Treaty between India and Bangladesh, which is based on sharing volumes of water.

But, according to Amin, parties negotiating a benefit sharing agreement are usually not interested in the water itself, but rather in the economic opportunities and ecosystem services that can be obtained and enhanced through the joint management of a river basin.

The Meghna River Basin is significant to both Bangladesh and India as it supports the livelihoods of almost 50 million people.

The area is also considerably large — almost twice the size of Switzerland — with 47,000 km2 of the basin located in India and 35,000 km2 located downstream in Bangladesh. 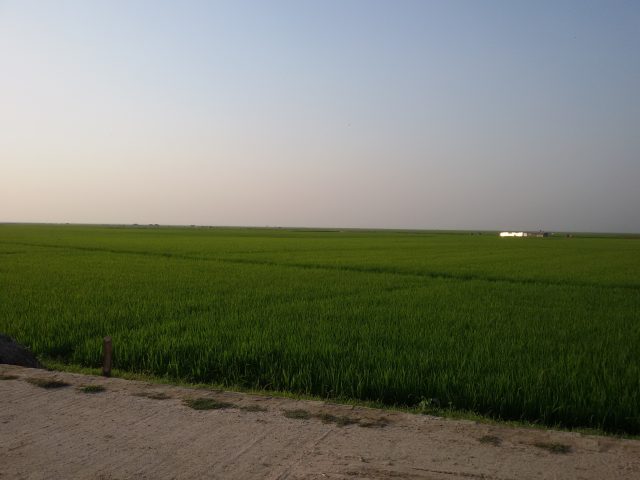 A rice paddy in the haor region of Bangladesh. Benefit sharing goes beyond the mere sharing of water resources. It includes equitably dividing the goods, products and services connected to the watercourse. Credit: Rafiqul Islam/IPS

Close to 90 percent of the forest or watershed of the Meghna river basin is located in India and is the source of river water flowing downstream into Bangladesh. For example, the Meghalaya plateau in India is rich in forests and is the source of many transboundary tributaries of the Meghna river system, such as the Umngot and the Myntdu, flowing from Jaintia hills into the haor region of Bangladesh, known for numerous wetlands of considerable areal extent representing important sites for fish breeding.

Tanguar haor and Hakaluki haor are examples of wetland ecosystems rich in aquatic diversity and a roosting place for many migratory species of birds. Both are Ramsar sites, and Hakaluki haor holds the designation of Bangladesh’s largest inland waterbody.

But what happens upstream, affects downstream. This can be seen in the nearly 6 million tonnes of sediment that flows from the Indian side of the basin, down to Bangladesh’s haor region which creates problems for the management of these wetlands.

“The benefit sharing approach to water dialogue will allow the two countries to engage in joint management of the forest and wetlands. The natural infrastructure of the Meghna Basin is critical for the maintenance of its hydrology,” Amin said.

Amin noted that Bangladesh and India can discuss ways to jointly manage the forest of the basin for improving flood and silt management — two main challenges that affect the productivity of the fisheries and agriculture sector in the Surma-Kushiyara region in the Upper Meghna Basin in Bangladesh.

Miah, who is a resident from Kalmakanda in the Netrakona District, has also experienced recurring floods.

“We, the haor [wetland ecosystem] dwellers, are dependent on Boro [rice] paddy as there is no alternative to cultivating other crops in haors. But, flash floods frequently damage our lone crop for lack of proper flood forecast, putting our life in trouble,” he told IPS.

The fortunes of rice farmers of the haor also impacts Bangladesh’s food security as their rice production constitutes 20 percent of the country’s total rice production.

The dialogue of benefit sharing for the Meghna River Basin is part of a larger project by IUCN called Building River Dialogue and Governance in the Ganges-Brahmaputra-Meghna river basins (BRIDGE GBM), funded by the Swedish International Development Cooperation Agency (SIDA) through the Oxfam Transboundary Rivers of South Asia (TROSA) programme.

The Ganges–Brahmaputra–Meghna or GBM delta is a transboundary river system that traverses the five countries of Nepal, India, China, Bangladesh, and Bhutan.

“IUCN is providing a neutral platform for facilitating transboundary dialogues and joint research among the relevant stakeholders from Bangladesh and India. These have documented a variety of ecosystem benefits provided by the Meghna River Basin, and identified priority areas, such as joint management of forest for flood and erosion control, development of transboundary navigation and ecotourism circuits where the two countries can work jointly to enhance these benefits from the basin,” Vishwa Ranjan Sinha, Programme Officer, Natural Resources Group, IUCN Asia Regional Office, told IPS.

IUCN developed a six-step process to support the development of benefit sharing agreements in a shared river basin:

identifying benefits provided by the basin,
identifying stakeholders and potential equity issues,
identifying and building benefit-enhancing scenarios,
assessing and distributing benefits and costs,
negotiating a benefit sharing agreement, and
strengthening the institutional arrangement for the implementation of the agreement.

IUCN also facilitated joint research and data sharing on land use and socio-economic changes across the Meghna River Basin to create data and evidence for the bilateral dialogue. Institutions conducting research include the Dhaka-based think-tank Centre for Environmental and Geographic Information Services (CEGIS) and the Asian Centre for Development as well as India’s Northeast Hill University and the Institute of Economic Growth.

Dr. Malik Fida A Khan, executive director of CEGIS, is optimistic of the advantages of benefit sharing. If done well, he told IPS, local communities of both countries will come forward to support the joint management of the basin because it provides for their livelihoods. He said their mutual benefit could also lead to data sharing for each other’s benefits.

Freshwater Conservation is one of the themes of the IUCN World Conservation Congress, which will be held from Sept.3-11,  2021 in Marseille. One of the Congress sessions will specifically focus on nature-based solutions that have been used as a tool to strengthen inclusive governance in the BRIDGE GBM project.

Conserving Tigers, Elephants and Bison, One LPG Stove at a Time
How Kenya’s Indigenous Ogiek are Using Modern Technology to Validate their Land Rights