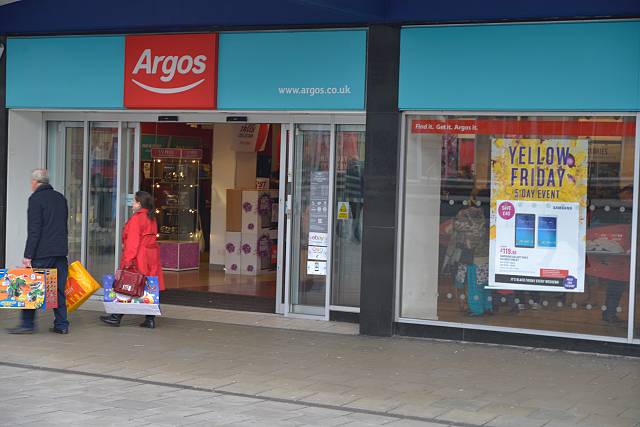 Sainsbury’s are being accused of exploiting a “loophole” to keep Argos shops open as all non-essential shops have been closed under government restrictions.

Shop workers and customers are saying Argos should be closed.

A Sainsbury’s spokesperson told the BBC, “Like many other online retailers, we are selling essential products for the millions of people now living and working entirely from home.

“This includes products for the home office, for educating and entertaining children and for adults to stay fit and entertained at home.

“We are then strongly advising customers to have these delivered to their homes. We also have an option to collect from Sainsbury’s supermarkets while doing an essential food shop.”

An unnamed worker, quoted in evidence published by the House of Commons business select committee said, “Argos is currently using the loophole of having stores in a supermarket [Sainsbury’s] to continue to trade as normal, despite virtually everything being sold being non-essential in the current crisis.

“Paddling pool, play sand, wardrobes, TVs, video games and console, all non-essential. As the standalone stores are closed, this is driving huge numbers of people to gather in their stores, to the point where people are queuing across the whole Sainsbury’s.

“They are actively encouraging, on their website, people to go and buy these non-essential items in these stores.

“They are also forcing all Argos workers from their closed standalone stores, to go and work in the stores that are still trading, or a local Sainsbury’s, rather than allowing them to stay at home (where the government says they should be).

“If they refuse, they are being sent home without pay and refused furlough. These actions are surely going to undermine the government’s plans to contain this pandemic, leading to the deaths of hundreds, if not thousands of vulnerable people.”