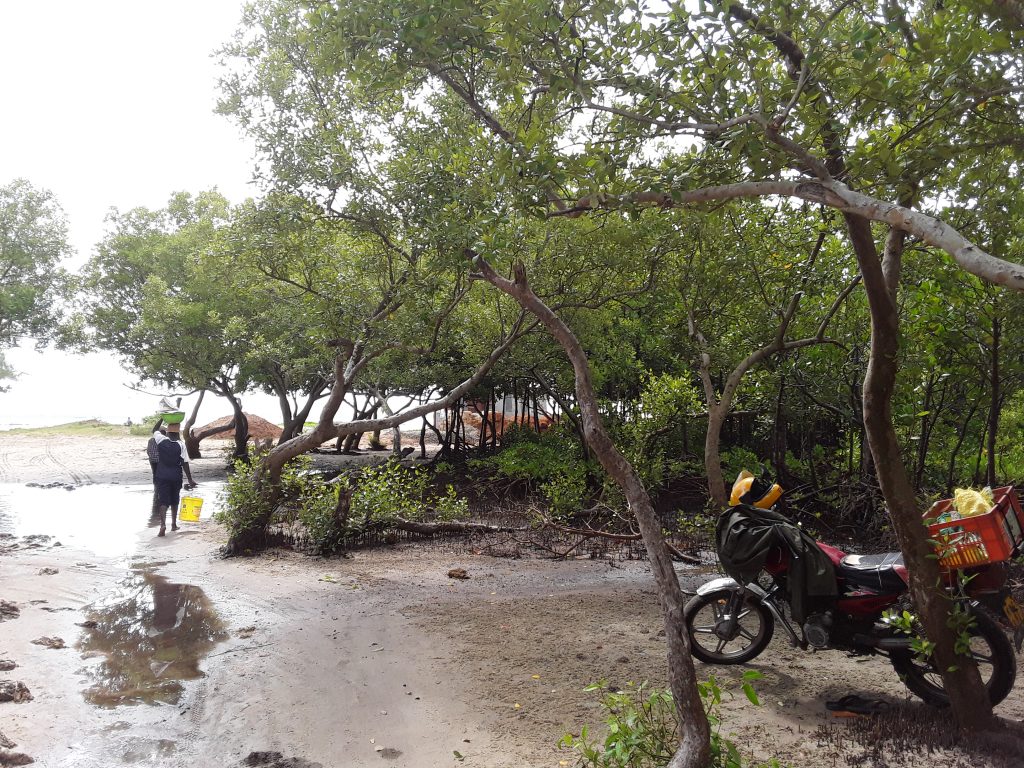 NAIROBI, Oct 7, 2021 (IPS) – Smelly, boggy, and full of bugs, mangroves’ superpowers are well hidden. However, there is rising confidence that mangroves are the silver bullet to combat the effects of climate change.

“Mangrove ecosystems are a habitat and nursery grounds for various plants and animals and can absorb three to four times more carbon than tropical upland forests, helping to mitigate the effects of climate change,” Dr. Sevvandi Jayakody, a senior lecturer at Wayamba University of Sri Lanka, tells IPS.

Mangrove forests also act as a natural defence against storm surges, including mitigating the effects of cyclones and tsunamis, says Dr Nicholas Hardman? Mountford, Head of Oceans and Natural Resources at the Commonwealth Secretariat.

Within this context, he says, Commonwealth countries are working together under the Commonwealth Blue Charter, an agreement made by all 54 member states, to actively work together to tackle ocean-related challenges and meet global commitments on sustainable ocean development.

The Blue Charter works through voluntary action groups led by ‘champion countries’, who rally around marine pollution and the sustainable blue economy. 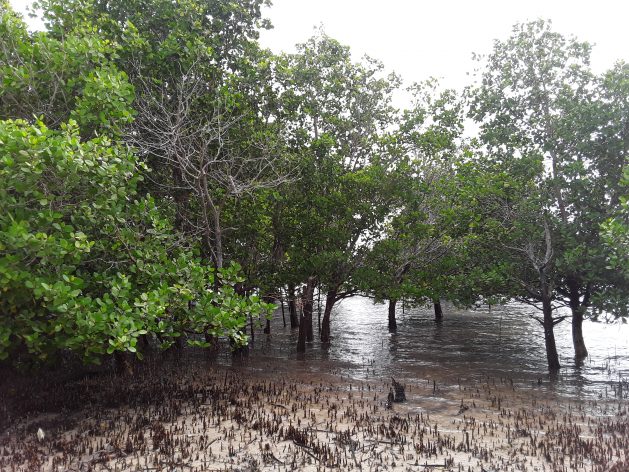 Leveraging on the protective power of mangroves, Jayakody says that Sri Lanka is actively building its second line of defence. The country’s first line of defence, the reefs, were heavily compromised by the deadly 2004 Indian Ocean Tsunami – one of the worst disasters in modern history, killing nearly 230 000 people across dozens of countries.

Such was the devastation that the government of Sri Lanka estimated losses of over $1 billion in assets and $330 million in potential output.

Experts say that mangroves have immense capacity to prevent such catastrophes and combat other devastating effects of climate change.

Bolstered by growing scientific evidence, Trinidad and Tobago, the dual-island Caribbean nation, has made significant strides in building its defence using mangroves.

Dr Rahanna Juman, Acting Director at the Institute of Marine Affairs, a government-funded research institute, tells IPS that in 2014, the government of Trinidad and Tobago commissioned an aerial survey of the country. Using this data, an estimate of carbon in mangrove forests across the country was ascertained.

“This information illustrated how mangrove and other hardwood forests could offset emissions and was incorporated into the Greenhouse Gas inventory of Trinidad and Tobago. Importantly, the survey conclusively demonstrated that mangrove forests store more carbon per hectare than other hardwood forests,” Juman expounds.

In 2020, the Institute of Marine Affairs received funding from the British High Commission to fund a mangrove soil carbon assessment project involving Guyana, Suriname, and Trinidad and Tobago.

Adding that Mangroves are starting to be incorporated into the United Nations Reducing Emissions from Deforestation and Forest Degradation (REDD+) program, which means countries could potentially earn money from protecting and restoring mangroves.

Meanwhile, Hardman? Mountford cites various challenges in exploring blue carbon because it is still an evolving area of science and policy.

Sri Lanka understands this challenge all too well. After the Tsunami, Jayakody says that the government launched vast mangrove restoration projects covering over 2 000 hectares in partnership with other agencies.

Due to limited information on mangroves, she tells IPS that a majority of these projects failed. Undeterred and leveraging on scientific research over the years, Sri Lanka is today a success story in restoring and conserving mangrove cover estimated at 19 600 hectares.

Other challenges facing countries keen on mangrove blue carbon include a lack of protection for mangroves because approximately 75 percent of mangrove forests globally remain unprotected and overexploited.

Over the years, Jayakody indicates that mangroves have been at a very high risk of destruction because their power to prevent coastal erosion, protect shorelines, and provide livelihoods for coastal communities through fisheries was not fully understood.

Hardman? Mountford agrees, adding that mangrove forests have declined globally with a loss of between 30 to 50 percent over the past 50 years from over-harvesting, pollution, agriculture, aquaculture, and coastal development.

The Commonwealth has a huge role to play in reversing this decline.

Overall, there are 47 Commonwealth countries with a coastline.

This is a challenge that Sri Lanka is successfully overcoming. With an estimated 40 percent of the population in Sri Lanka living along the coastline, Jayakody says that there was an urgent need to protect both livelihoods and coastlines from further degradation.

“In 2015, Sri Lanka established the National Mangrove Expert Committee, and through that, all mangroves were mapped. More so, several new areas were brought under protection, and there have been relentless efforts to improve the communities’ understanding of the importance of mangrove ecosystem,” she says.

Further, Sri Lanka recently validated the Best Practice Guidelines on the Restoration of Mangroves in Sri Lanka and the national mangrove action plan, in line with the mangrove policy adopted in 2020.

Other countries making strides in the right direction include the Australian government’s involvement with blue carbon and especially ongoing efforts to build capacity in blue carbon science, policy, and economics through multi-sectoral partnerships.

“To support its efforts in blue carbon advocacy and outreach, the Australian government launched the International Partnership for Blue Carbon (IPBC) at the UNFCCC CoP in Paris in 2015,” says Ms. Heidi Prislan, a Blue Charter Adviser at the Commonwealth Secretariat.

Australia is also one of the 28 countries that refer specifically to the mitigation benefits of carbon sequestration associated with coastal wetlands in its National Greenhouse Gas Inventory. In comparison, 59 other countries mention coastal ecosystems as part of their adaptation strategies.

To increase opportunities for blue carbon to participate in the national emissions reduction scheme, the Emissions Reduction Fund, the Australian government has supported research into potential mitigation methodologies that could be implemented to generate carbon credits from domestic projects.

Equally important, she says that Commonwealth member countries have collectively made 44 national commitments to protect or restore mangroves.

As the world stares at a catastrophe from the devastating effects of climate change, the massive potential of blue carbon and, more so, mangrove blue carbon to bolster climate change adaptation, mitigation, and resilience efforts can no longer be ignored.