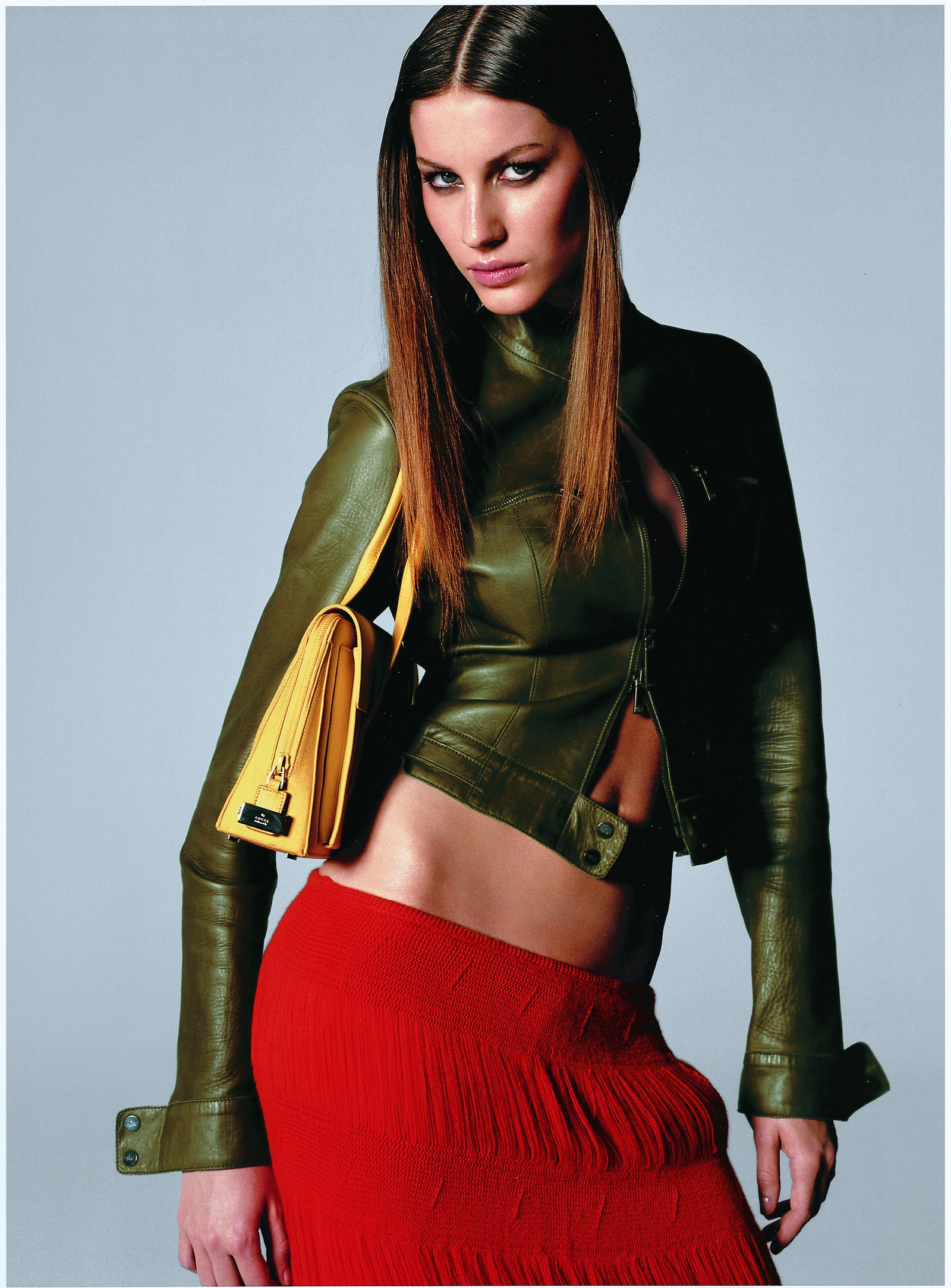 Just as there are celebrity style accounts run by dedicated fans who locate every item of their icon’s latest outfit (quite literally down to the socks), there are those who run designer appreciation Instagram accounts. One that sticks out—in particular for this Tom Ford-era Gucci fanatic—is the account @TomFordForGucci. The feed is dotted with all of the deliciously erotic highlights from Ford’s years at Gucci: Kirsten Owen with her hair blown back, stomping down the runway in an aquamarine coat, leather thong strap embedded pants, and a pair of gem-encrusted black leather slingbacks. Another image shows the epic Gucci “G” shaven out of Carmen Kass’s pubic hair, from the lurid spring 2003 campaign. (The image was so controversial that many people called for it to be banned.) 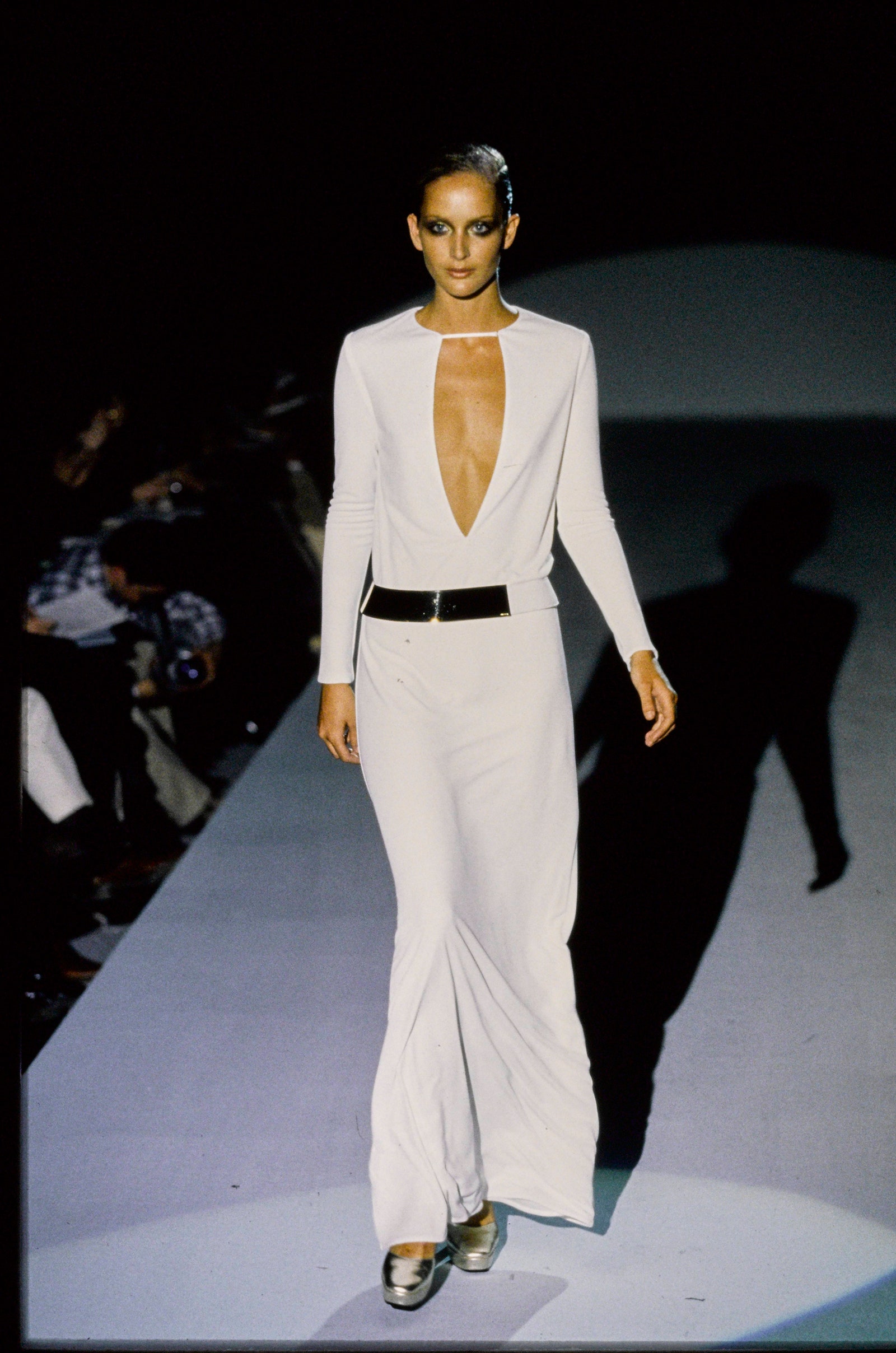 This treasure trove of an Instagram account is run by Justin Friedman, who currently works as a client advisor for the maximalist, fantastical Gucci of today under Alessandro Michele. His obsession with Tom Ford’s slick and sexy Gucci started young, after seeing a campaign image of Georgina Grenville wearing the white dress with the hip-cut out from the fall 1996 collection. “It left an indelible mark. I’d never seen a dress like that before. I had no concept of who Tom Ford was,” he says. “I had no real concept of what he meant to the fashion world at that moment, but that dress can’t even explain the lasting impression it left.” After several years working in the industry, including creating his own fashion blog in the 2010s, he was still unable to shake Ford’s influence on him—and so, the Instagram account was born. 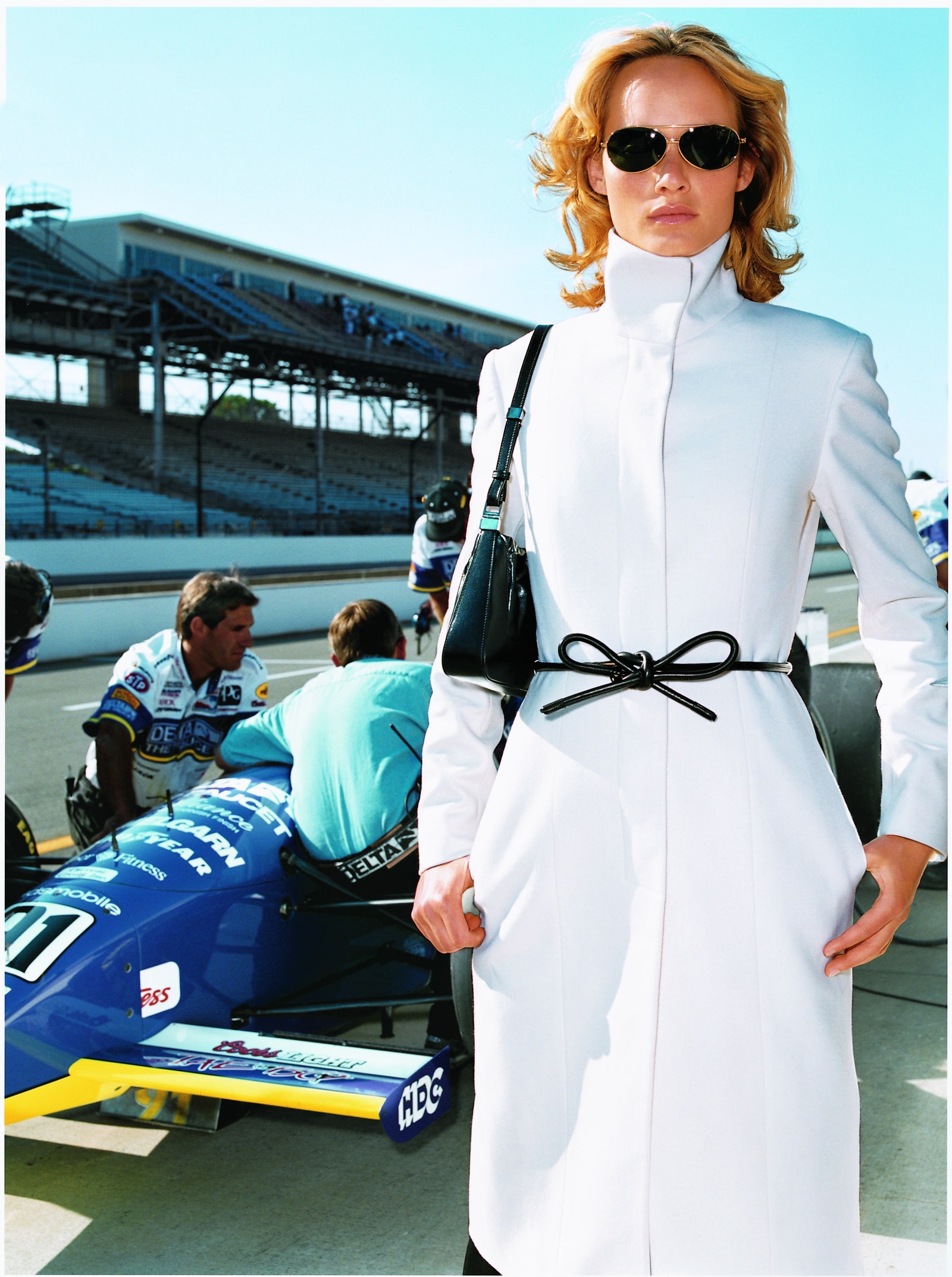 Most of the images are from freely available YouTube clips, Vogue Runway images, or editorials from international editions that are posted on the forum TheFashionSpot.com. His followers include Gucci OGs, like hairstylist Orlanda Pita and model Amy Wesson. (Grenville, who, according to Friedman, is “THE Gucci girl,” is also a follower.) His favorite campaigns are spring 1997 and fall 1997. “I know it is sacrilegious to not say the fall 1996 campaign with Georgina Grenville, but those two 1997 campaigns—they were the most dangerous of Tom Ford campaigns,” he says. “There was something lurid about them. The spring 1997 campaign had Georgina Grenville and Jason Fedele in the desert. They were all in dark clothes and all of those draped, velvet dresses and the slinky drainpipe pants. It was this very specific ’90s thing, where it’s ‘I’m turned on by you but I’m angry about it.’” The other campaign is the grainy, lo-fi surveillance imagery from fall 1997. “There was something about how someone was voyeuristically looking in at whatever is going on with these beautiful young people in these clothes,” says Friedman. “It just added a layer of perviness to it.” 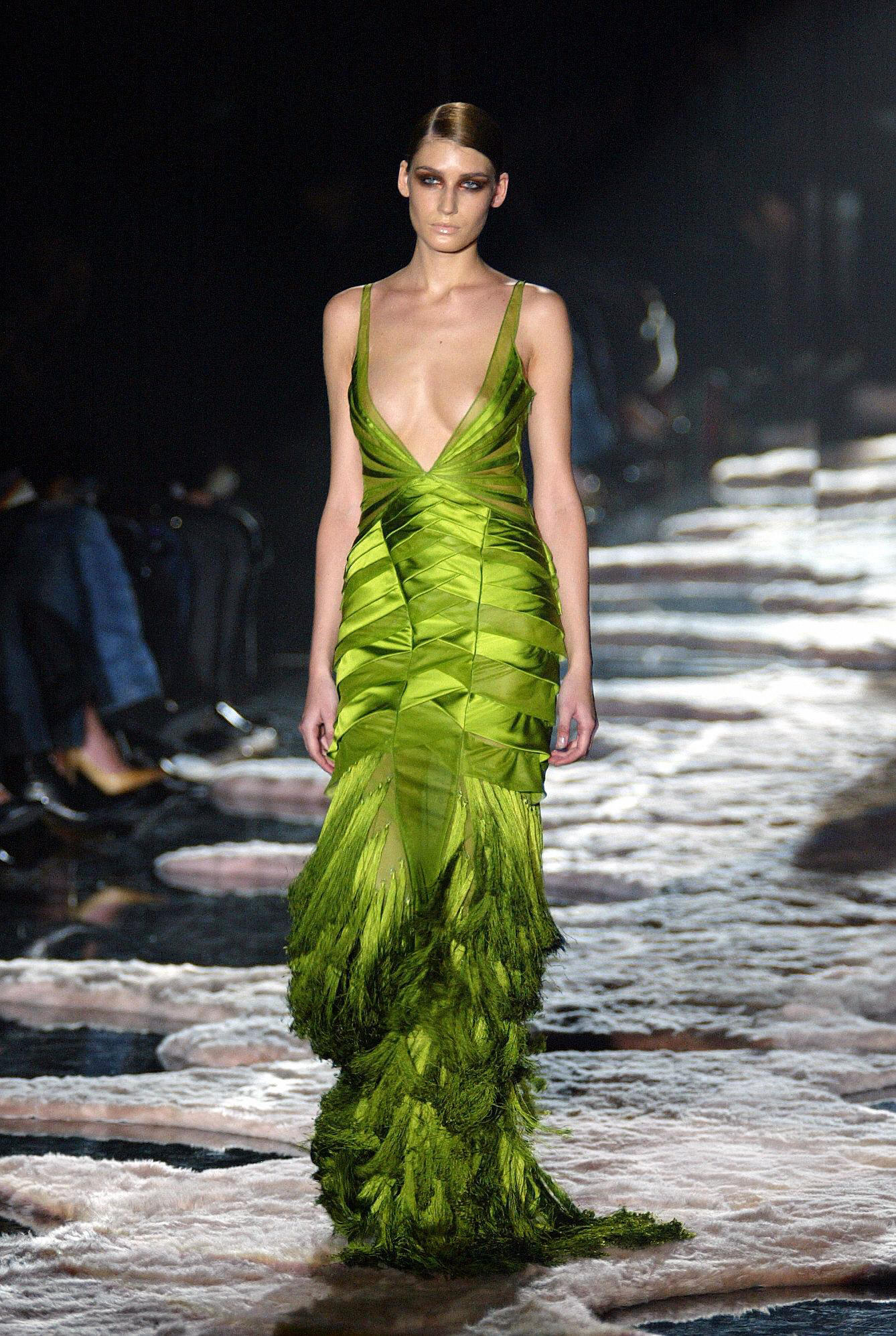 Friedman’s obsession with Tom Ford’s Gucci has also dribbled down into his own shopping habits. His favorite piece is a mother of pearl minaudière from the fall 2002 gothic collection that he purchased from The RealReal. “I was like, ‘I want this but I have no use for this. It will serve no other purpose in my life and it will be something that I keep in a box,’” he says. “Maybe I will take it out once in a while to look at it. The dam broke after that.” 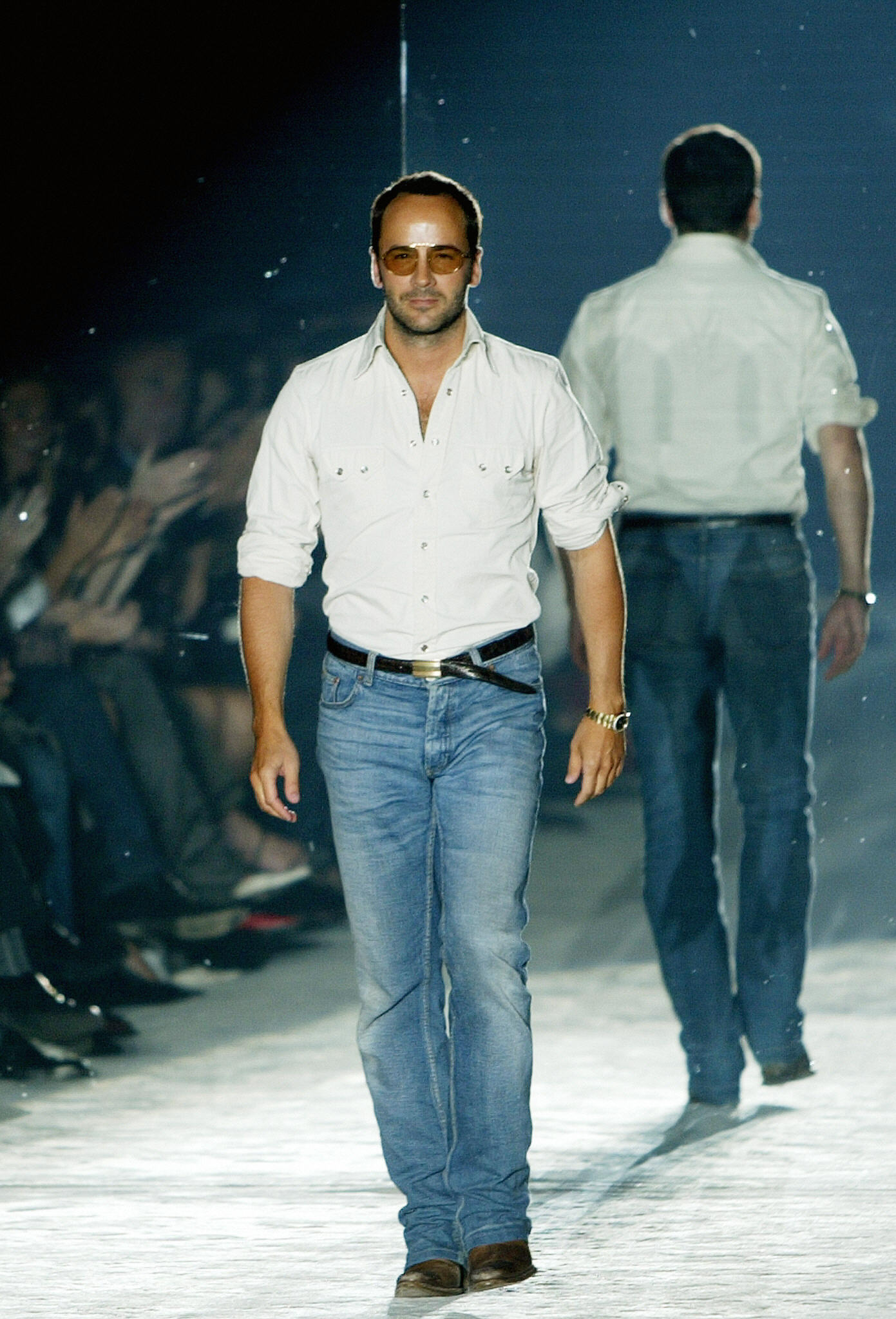 And while Mr. Ford departed almost 15 years ago, Friedman notes that his influence on the label can still be felt. “Every now and then, a detail will pop up from a season from when Tom was there. It was a whole different thing but the energy behind it is similar,” says Friedman. “It is a good feeling to be working for a house that Tom Ford is responsible for making relevant to modern audiences.”