#MeToo Comes to the French Oscars—And Roman Polanski Stays Away 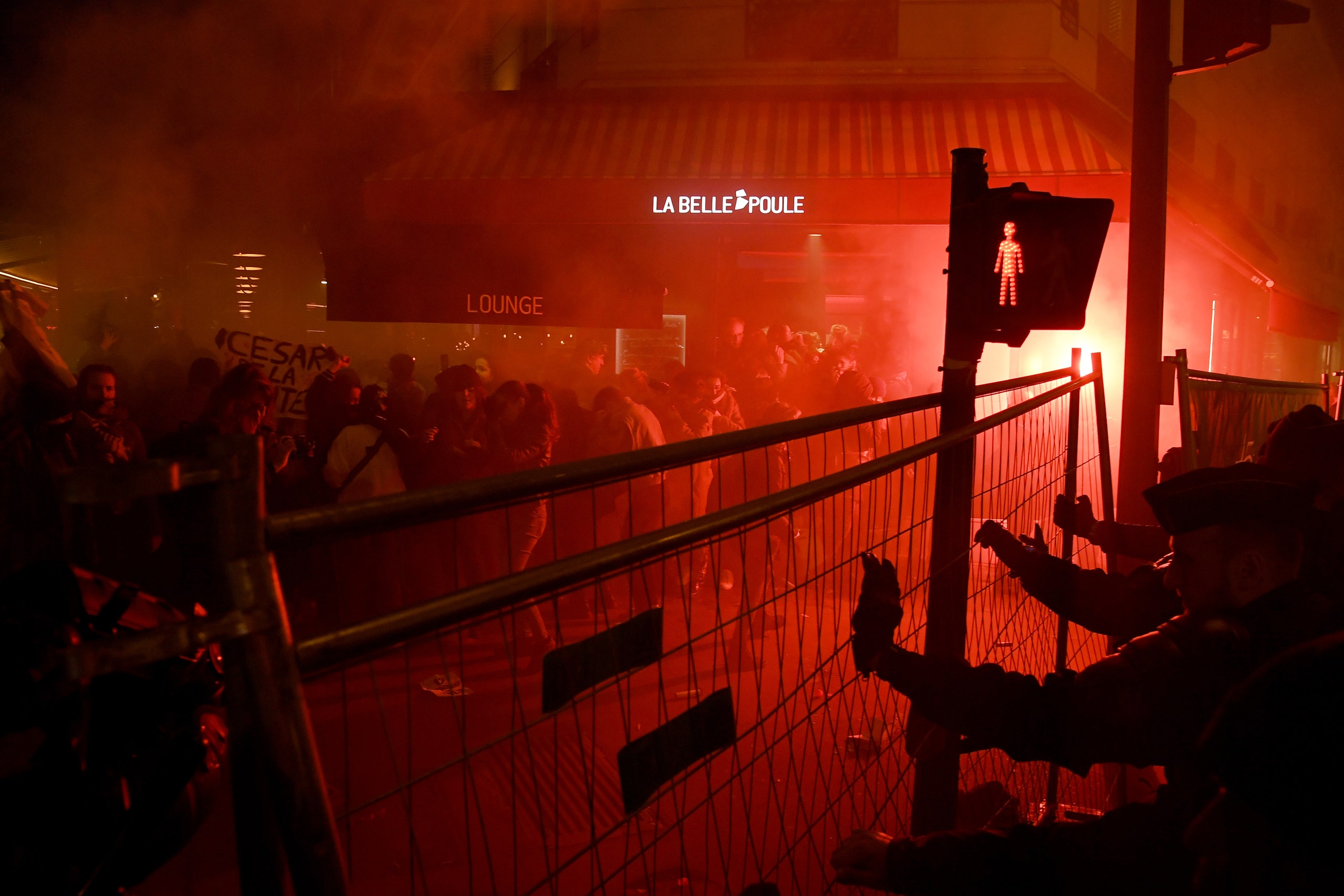 Protesters in front of the Salle Pleyel prior to the César Awards ceremony. Pascal Le Segretain

The César Awards ceremony—which were held in Paris on Friday night and is often referred to as the French Oscars—has turned out to be the most controversial of any awards show this year, easily rivaling #OscarsSoWhite.

When the nominations were announced on January 29, there was a loud and immediate outcry from many members of the French film community. The reason? Leading the pack, with 12 nominations, was An Officer and a Spy, the latest from 86-year-old director Roman Polanski, who also received individual nominations for best director and best adapted screenplay.

The film is a box-office success in France and won the Grand Jury prize at the Venice Film Festival in September. But it’s been a subject of controversy from the first day of its release.

That’s because Polanski is still wanted in the United States on charges of statutory rape from 1977. The director pleaded guilty to charges of unlawful sexual activity with a minor, a 13-year-old girl, but later fled the country before he could be sentenced. (He did not travel to the U.S. in 2003, when he won the best director Oscar for The Pianist, as he would have been subject to arrest by Los Angeles authorities.) More recently, other women have come forward to accuse Polanski of sexual assault, but he has denied the claims.

Shortly after the nominations were announced, an open letter, signed by a number of French feminist groups, was published in the newspaper Le Parisien, urging César voters to reject the Polanski film, which has been a commercial hit in France. “To celebrate an abuser like Polanski is to support the system of impunity for male violence and silence the voices of the victims,” the letter stated.

More recently, best actress nominee Adèle Haenel, star of Portrait of a Lady on Fire (which was also nominated for best picture at the Césars), gave an interview to the New York Times in which she not only accused the French film industry for being late to the #MeToo movement, but also joined the chorus of filmmakers outraged by the Polanski nominations. “Distinguishing Polanski is spitting in the face of all victims,” she said. “It means raping women isn’t that bad.”

Two weeks before the ceremony, the entire board of the César Academy, which organizes the awards, resigned en masse, issuing a statement that read, in part, “To honor those who made films in 2019, to regain serenity, and to make the cinema festival a celebration, the board of directors made a unanimous decision to resign.”

In the end, Polanski (as well as everyone else associated with his film, including its star, Oscar winner Jean Dujardin) stayed away from the Friday night ceremony at the Salle Pleyel concert hall. “We know how this evening will unfold already,” Polanski said in a statement to a French news agency the day before the event “Activists are already threatening me with a public lynching, with some saying they are going to protest outside. What place can there be in such deplorable conditions for a film about the defense of truth, the fight for justice, blind hate and antisemitism?”

But if Polanski stayed away, the protestors did not, at one point knocking over barricades in front of the venue and clashing with police.

An Officer and a Spy did pick up several awards, including both best director and best adapted screenplay for Polanski, causing some walkouts in the audience. But it lost out best film to Les Misérables.