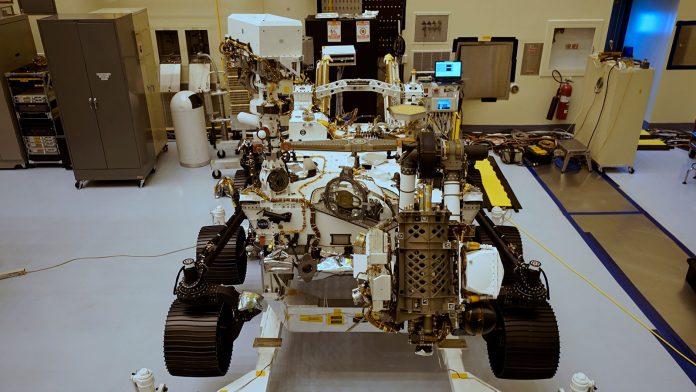 According to the recent reports, it is evident that NASA’s spacecraft Perseverance rover won’t be traveling alone to space. There are nearly 11 million names that are going to travel along with it for the ride.

Additionally, NASA added that the names of the people are etched on the rover which is still to schedule to launch during the month of July. Further, the names are etched on the small silicon chip and this chip is allowed to sit on the aluminum plate with a protective barrier around it to help them endure any dusty conditions that the rover has to face on the surface of the Mars.

These names were collected from the contents which are conducted during the public outreach program that has invited space fans to sign up the form with their details and names and thus these names became the part of the voyage. The plates on the rover with these names etched are termed, explorers. Then the chip sits just above the examples and illustrations of the Sun, Earth, and Mars.

The rover’s chips are etched with short essays and names of about 155 students who were finalized during the contest. While there is a spread of the pandemic virus across the country, though there was a slowed down of the space missions work, the Perseverance rover is still on track for its scheduled launch.