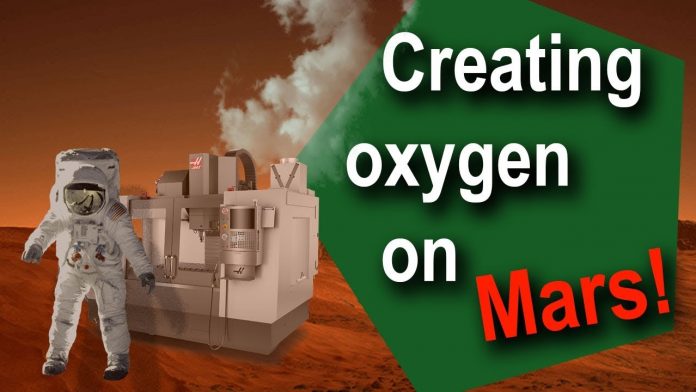 The National Aeronautics and Space Administration’s (NASA)Perseverance rover is being prepared for its launch. This shuttle is commonly known as Mars 2020 rover worldwide and this shuttle is expected to a lot more tasks instead of just orbiting around the red planet and clicking photos of the Planet’s images.

There are several other tasks that will be executed by this rover. These include digging into the red planet’s surface and collecting specimens back to Earth. Apart from this, this rover has been designed to carry out one unusual but very interesting experiment.

This unusual experiment has been dubbed by scientists as Mars Oxygen In-Situ Resource Utilization Experiment or MOXIE.

Mars Oxygen In-Situ Resource Utilization Experiment is a golden box that will be securely placed inside the rover’s chassis. Through this box, scientists will try to convert very little amounts of Mars’ atmospheric carbon dioxide into pure, breathable oxygen. Isn’t it exciting?

This box will work by exercising the advantage of solid oxide electrolysis to break an oxygen atom away from subsisting carbon dioxide molecules. It will ultimately result in oxygen, carbon monoxide, and several other byproducts.

Mars’ atmosphere is made up of around 95% carbon dioxide. Therefore, there is plenty of gas present in the red planet’s atmosphere that could be converted into oxygen. As per the information received, the amount of oxygen produced would be around six grams per hour – or it would be enough to keep a small dog alive.

If this mission goes as planned and becomes a success, MOXIE could confirm once and for all that it is achievable to produce enough oxygen to sustain human life on Mars. It would be very useful for future manned-missions to MARS as it would become a great source of oxygen for humans.