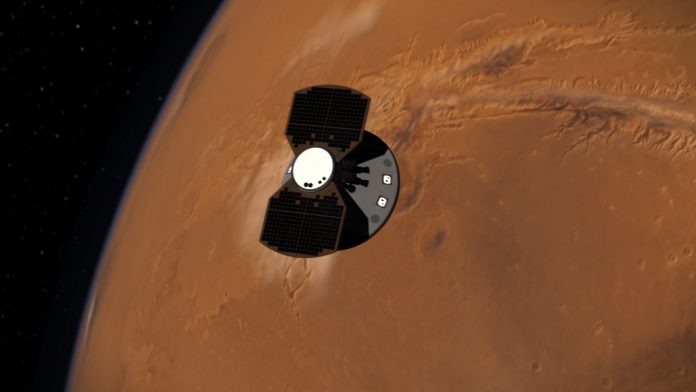 From few years NASA has been making its efforts for space exploration and throwing the knowledge enhancing factors about galaxies, planets, and the entire universe. Now the agency is all excited about exploring the red planet Mars with more in-depth approaches as its Insight is expected to cruise to the planet.

The spacecraft did its first-course correction and allowed to move on its proper path towards the planet Mars. The spacecraft was launched on 5th May 2018 and the mission was launched with the assistance of the United Launch Alliance Atlas V 401 rocket. On May 22nd, 2018, the Insight spacecraft had shot the thrusters for the first time and had changed its traveling path in the right direction towards the Red planet Mars.

According to the information, it is evident that the Insight is the first project that will be checking the surface of Mars with more deep analysis and approach. The NASA sources also revealed that the mission will further study the interior of the planet by gauging the marsquakes along with the heat which takes place deep insight on the Mars surface.

As per the statements and information that are provided by the space agency, the spacecraft will take the help of waves that are produced on the Martian surface. The same analysis will help to study and understand the inner mysteries of the planet and scientists claim that such mission will be beneficial as it is providing significant facts on the formation of the Earth and similar planets.