NHS chief says over 9,000 coronavirus patients are in hospital - iCrowdMarketing

NHS chief says over 9,000 coronavirus patients are in hospital 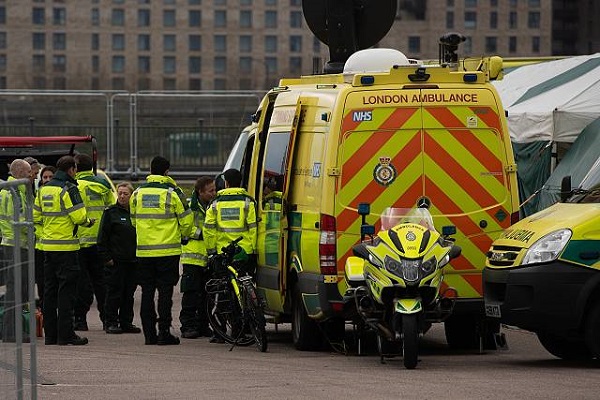 NHS England’s chief executive Sir Simon Stevens has said, there are more than 9,000 patients who have tested positive are in hospitals across the UK.

Sir Simon told the BBC during his visit to the NHS Nightingale Hospital that the number of patients will increase. He said the NHS are set to handle the additional capacity later this week.

Sir Simon said: “Today there are over 9,000 positive coronavirus patients in hospitals across England and we know that number is only going to increase.

“That’s why what you see here is a mass mobilisation, taking place right across the country, but also at these new Nightingale hospitals.

“This has been an extraordinary team effort on the part of nurses and doctors and therapists and pharmacists across London, but also volunteers and paramedics and people returning to help.

“And when these services are needed, they will be available beginning later this week, and because this is a global health emergency we’re actually seeing similar types of hospitals being established in Berlin and Madrid and New York.”

By the end of this week NHS England will double the number of coronavirus tests for their staff.

He said: “NHS staff are affected just like people across the country as a whole and so we are seeing staff who are doing the right thing and having to self-isolate at home.

“That’s one of the reasons why it’s so important that we are ramping up staff testing, but it’s also why it’s so vital that all of us take the medical advice and stay at home.

“That will reduce the infections and reduce the need for services such as this new Nightingale hospital.”

Sir Simon added: “By the end of this week, we will be able to do double the number of tests that were available last week and we want to start with critical care nurses, with A&E staff, with ambulance personnel, and then expand that to a much wider group of NHS staff over the coming days and weeks.”

The UK’s top scientist has warned the UK is facing disaster as the death toll is far higher than previously expected.

Professor Tom Pike from the Imperial College in London previously predicted in his scientific paper that 5,700 people will die from coronavirus.

England’s Deputy Chief Medical Officer Dr Jenny Harries warned on Sunday, the death toll in the UK will get progressively “worse” over the next two weeks.

The NHS has started “ventilator rationing” across the UK with patients who only have a “reasonable certainty” of surviving coronavirus.

Ventilator machines which are used to keep patients breathing are now restricted to those who will survive on medical grounds.

The NHS said, “very poorly patients with coronavirus may need to be on a ventilator for extended periods.

“for some patients this would not be in their best interests.”