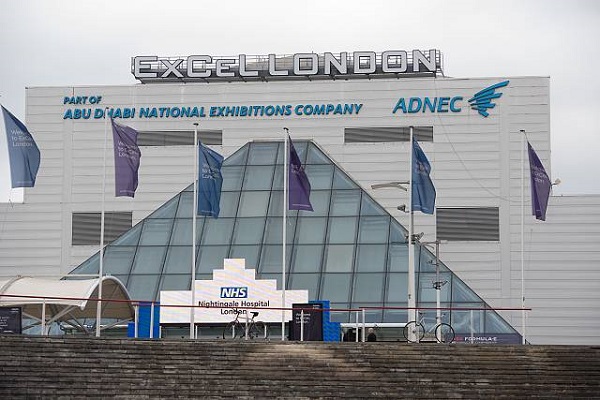 In less than two weeks the British military and other critical key workers turned London’s ExCel Centre into a 4,000-bed hospital, housing two morgue’s and can hold over 16,000 staff.

The critical care hospital has 80 wards and will be opened by Prince Charles on Friday. The Prince of Wales is now out of self-isolation after he tested positive for coronavirus, whilst Camilla remains in isolation.

In a video Prince Charles earlier this week, he delivered a message of hope to the nation over the coronavirus crisis saying, “end it will” and praised the “remarkable NHS.”

The Health Secretary Matt Hancock and Professor Charles Knight, the chief executive of the NHS Nightingale, with the military and other key workers will attend the ceremony on Friday.

Patients who arrive at the Nightingale hospital will already be on ventilators and are to remain at the hospital until ventilation has ended.

During Thursday’s Downing Street press briefing, the Health Secretary Matt Hancock has announced he has written off £13.4bn of historical NHS debt.

The debt wipe off will help the NHS to be in a “stronger position” to fight the coronavirus, for its long-term future.

Hancock also announced he is providing £300m for community pharmacies to fight the frontline.