Paris medics hire bodyguards after a spike in violent attacks 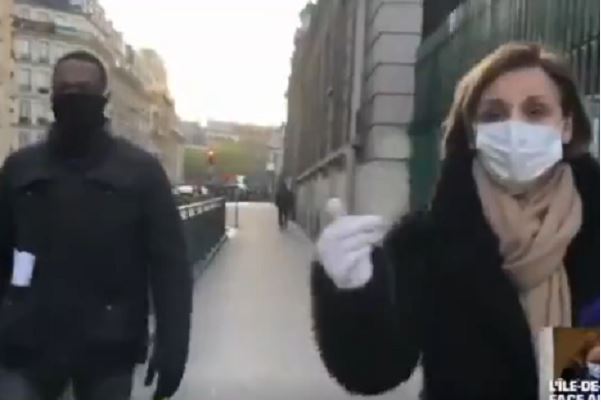 Bodyguards have been hired by a Paris hospital after healthcare workers have been violently attacked and mugged.

There has been a spike in attacks on healthcare workers during the coronavirus outbreak and workers are being shadowed by bodyguards to their cars and train stations after work.

Hospital workers at the Lariboisière Hospital in the 10th arrondissement of Paris need protection in the evenings once they have finished their shifts.

A picture taken shows a bodyguard holding a sign which says: “Accompanied departure for Lariboisiere.”

A hospital nurse told local media, “It’s true that we are often approached for money and things like that.

Local media have said doctors and nurses have been harassed, insulted and attacked as they go to work and when they finish work, despite there being a country wide lockdown.

A bodyguard said, “They do not come to work to go through this kind of thing after a hard shift.

“It’s a pleasure for us to help others while they work to help the sick.”

Another nurse said, “I think it’s kind of reassuring to have somebody with us.”

A witness who lives local to the hospital said the area has descended into chaos and is now under the control of drug dealers, and there has been a dramatic rise in violence.

This person said on social media, “I live in that area.”

“Older people are terrified. They don’t go out anymore.

France has 83,029 people infected with coronavirus with 6,520 deaths across the country.

French police have fined more than 350,000 people across the country as people are defying Emmanuel Macron’s order to lockdown the country.

French Interior Minister Christophe Castaner on Wednesday said over 350,000 people had been fined for flouting the government’s tough lockdown since the order took effect on 17 March.

The minister added that 5.8m police checks had been carried out.

French police are threatening to stop enforcing the country’s lockdown after furious police unions said there is a lack of protective clothing.

Leading police unions have all come together and have warned the French President, unless the police receive protective clothing, they will refuse to enforce the nationwide lockdown.