Police shut down pub for holding ‘lock-ins’ during lockdow - iCrowdMarketing

Police shut down pub for holding ‘lock-ins’ during lockdow 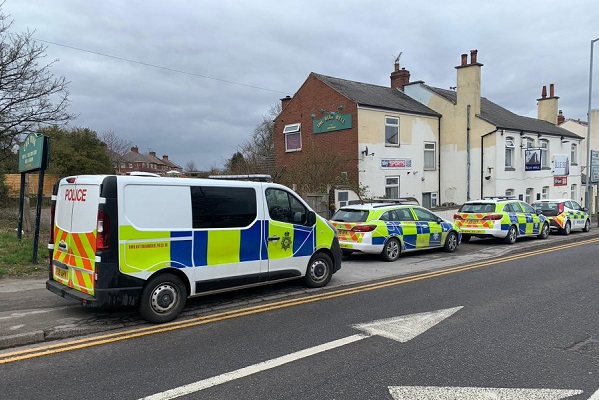 A pub has been shut down after breaking the law by holding “lock-ins” during the coronavirus UK wide lockdown.

The Blue Bell pub in Nottinghamshire were “putting lives in danger” police said, as they deliberately broke the law.

The government announced on 20 March that all pubs, restaurants, bars and non-essential shops are to close. 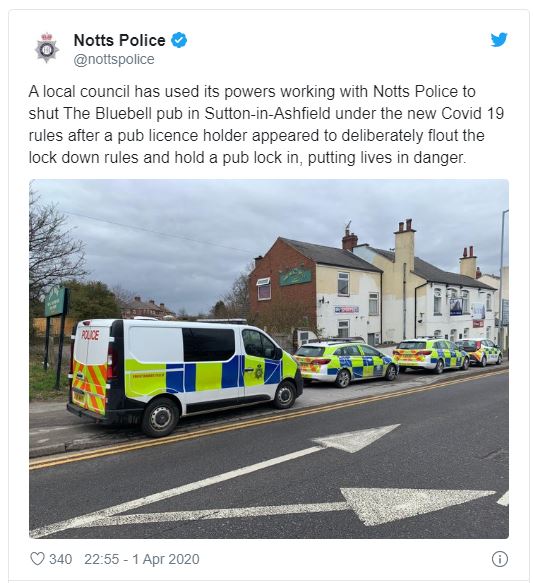 Chief Superintendent Rob Griffin said this “sends a very clear message, police and our partners will not tolerate those people who deliberately break the rules and put other people’s lives in danger.”

He said, “The government has been very specific that rules need to be followed so that lives can be saved. Those who choose to ignore these rules run the risk of swift action like has been taken here.

“People have got to take this seriously. This is about saving lives.”

Lee Anderson, MP for Ashfield said, “At a time when the vast majority of residents are obeying Government advice we have a small majority who think the rules do not apply to them.

“Make no mistake, if anyone else thinks it’s a good idea to break the rules and risk life then I am sure they will be getting a visit from Nottinghamshire Police.”

Ashfield District Council added, “The irresponsible actions of the bar manager were the root cause of this incident.

“The government has restrictions in place for a reason. It beggars belief why this group of people thought it was acceptable to have a private party when the majority of residents were staying home to help save lives.”

Police were in total “shock” when they attended a “karaoke party” on Saturday evening during the coronavirus lockdown.

Despite the unprecedented lockdown across the UK, 25 adults and children attended “massive” party and Derbyshire police said they were in “absolute shock” when they attended the address.

The police force said on Twitter, “Officers have just attended an address in absolute shock to find 25 adults and children having a massive party with speakers and karaoke.

“Everyone dispersed and hosts dealt with.

“It is clear people are still having complete disregard for the government advice and rules.”