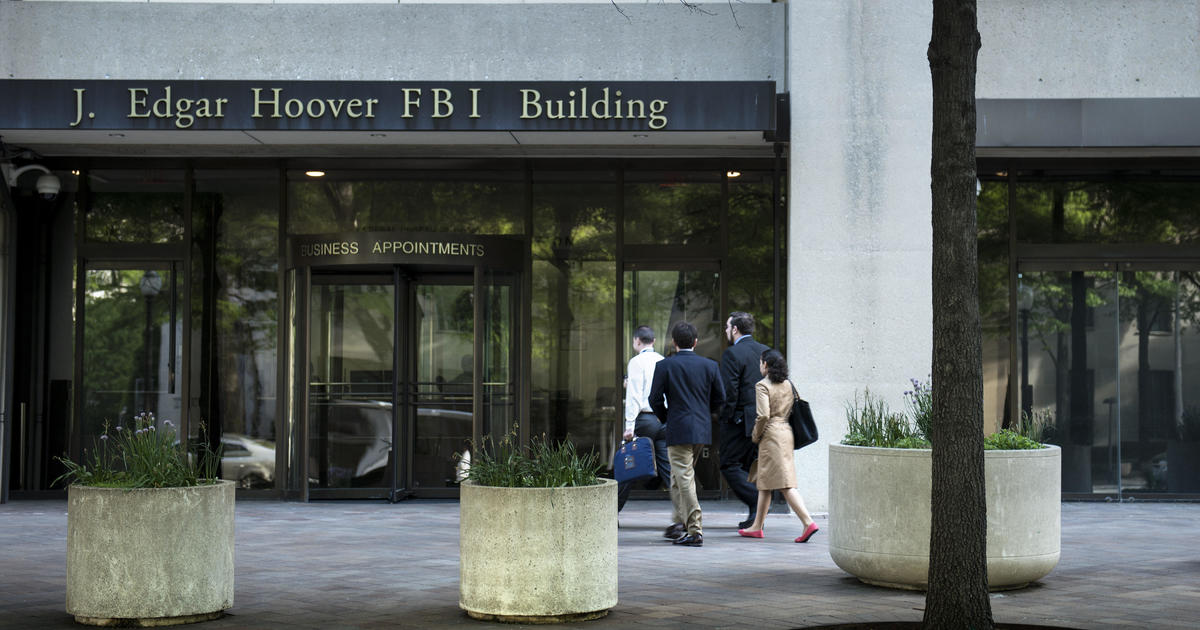 Washington – The Department of Justice’s internal watchdog found widespread problems with surveillance applications filed by the FBI at the government’s National Security Court and identified issues with the office’s FISA arrest warrants that went beyond those of the former Trump election officer Carter Page aimed.

The shortcomings that resulted from surveillance requests between October 2014 and September 2019, including the terms of office of former FBI director James Comey and current FBI director Christopher Wray, were detailed in a new audit by Michael Horowitz, the inspector general of the Department of Justice and released on Tuesday.

The review focused on the so-called Woods case, which the FBI initiated in 2001

after identifying several issues with the stated goal of minimizing errors by keeping a file of the underlying evidence. FBI officers who submit FISA applications must maintain a Woods file.

“We have no confidence that the FBI has conducted its Woods process in accordance with the FBI guidelines or that the process works as it is supposed to help achieve the” most accurate “standard for FISA applications,” wrote Horowitz in a memo to FBI director Christopher Wray.

During this investigation, the results of which were published in December, the Inspector General found that the first surveillance application had been submitted to the FISA court and three renewal applications contained 17 “inaccuracies and omissions”.

The new review, which evaluated the FBI ‘s underlying records to support surveillance applications in relation to US persons, stated in the Page Warrants: “We have made fundamental and serious errors in performing the verification procedures for the actual accuracy of the FBI determined by the agents (“Woods Procedures”). Relating to all four FISA applications. “

Horowitz underlined the finding that mistakes made in the first application were repeated in subsequent renewals and wrote: “We also found that the FBI had failed to follow its guidelines for re-reviewing the actual allegations made in the original FISA application also included in the three FISA renewal applications. “

In the new review, which is part of an ongoing review, Horowitz and his team evaluated a sample of 29 surveillance applications related to U.S. people as part of a counterintelligence or counter-terrorism investigation. In all 29 applications, the Inspector General identified problems with the underlying records or “Woods Files”, which are intended to reduce factual inaccuracies in monitoring applications and to ensure that the details in the applications are “conscientiously correct”.

In four of the 29 applications, the Inspector General could not review the Woods files because the office could not find them at all, and in three of these cases the FBI did not know if they existed. For the remaining surveillance applications, Horowitz found that all 25 contained “obvious errors or insufficiently supported facts”.

Horowitz said the review was narrow and that he and his team had not made “materiality decisions” for the identified errors and had not speculated whether the issues would affect the decision to submit the surveillance request to the FISA court or to the FISA court approval of the application by the court.

The Department of Justice watchdog identified an average of 20 issues per application, one of which contained up to 65 issues and one less than five issues.

The Inspector General made two recommendations to the FBI to solve the problems uncovered: review the past and future accuracy checks performed by the Department of Justice and make an inventory to ensure that evidence was available for each listening request submitted in all pending listening requests.

In response to Horowitz’s results, Paul Abbate, deputy director of the FBI, said it had “focused intensively on implementing remedial measures to ensure that the FISA authorities were” exercised objectively and with integrity “.

“As Director Wray has emphasized, FISA is an essential tool to protect against national security threats, but we must ensure that these authorities are exercised carefully and that FISA requests are conscientiously correct,” Abbate wrote to Horowitz.

In response to the review, the Department of Justice, in its own letter to Horowitz, stated that it was committed “to take all necessary steps to ensure the integrity of the FISA process, including strengthening existing policies, procedures, and training to ensure FISA accuracy.” Applications to facilitate. ” . “

“Nobody was more horrified than the Attorney General’s abuse of the FISA process,” Justice Department spokeswoman Kerri Kupec said in a statement. “This abuse has led to one of the largest political travesties in American history and should never happen again. However, the FISA remains a crucial tool for ensuring the security of the American people, particularly in the fight against terrorism.”

Kupec said the Justice Department has implemented “major reforms” of the surveillance process, which are reflected in recently passed laws “which it believes will address past misconduct.”

The ongoing criminal investigation into the origins of the Russia investigation, which includes the FISA surveillance applications, is led by US lawyer John Durham. CBS News recently reported that Durham is focusing on the period between January and May 2017, including a media leak, based on a “strong paper trail” of documents.