Professional ‘League of Legends’ is trying to work around the coronavirus

The LPL will resume on March 9th, however all matches will be played online. 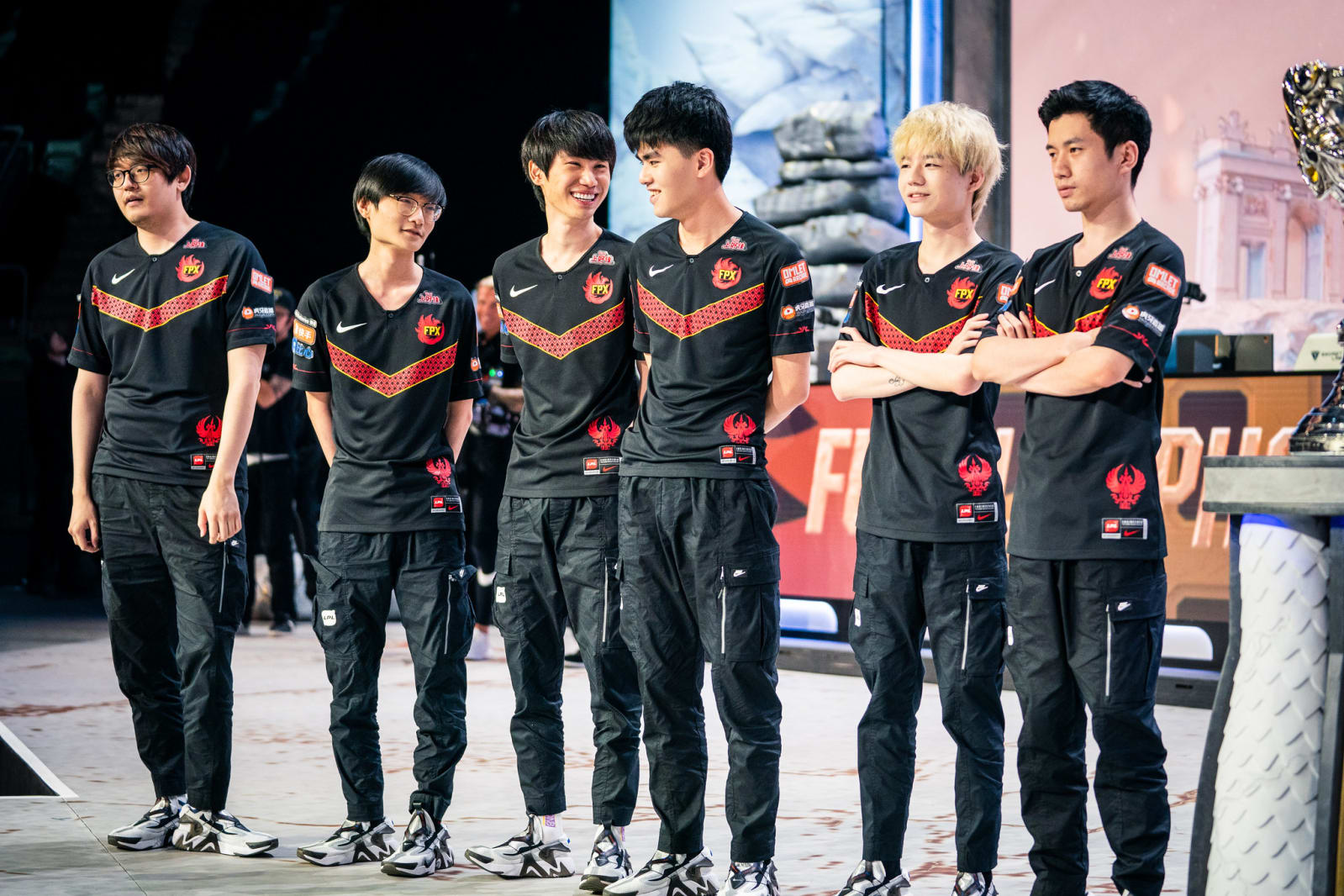 A little more than a month ago, one of the biggest esports leagues in the world — the League of Legends Pro League (LPL) in China — was forced to go on hiatus due to the coronavirus outbreak. Understandably, all matches were postponed and the English commentary team flew back to their respective home nations. So what now? Well, today the LPL announced that the 2020 Spring Split will resume on March 9th with an online-only format. “Players will be attending matches from their club headquarters,” the league’s organisers explained in a tweet. “The only exception are players in quarantined provinces who are currently unable to leave.”

The move makes a lot of sense: while the spread of the coronavirus appears to be slowing in China, it’s better to be safe than sorry. The change in format will be dramatic, though. The LPL is one of the few esports leagues with multiple home team venues dotted around the country. Match attendance is usually high — dramatically higher than equivalent leagues in North America (LCS) and Europe (LEC) — and the inevitable chants and cheers create a lively atmosphere for the players on stage and everyone watching at home. With an online-only setup, viewers will have to make do with the in-game audio and ‘shoutcast’ commentary. 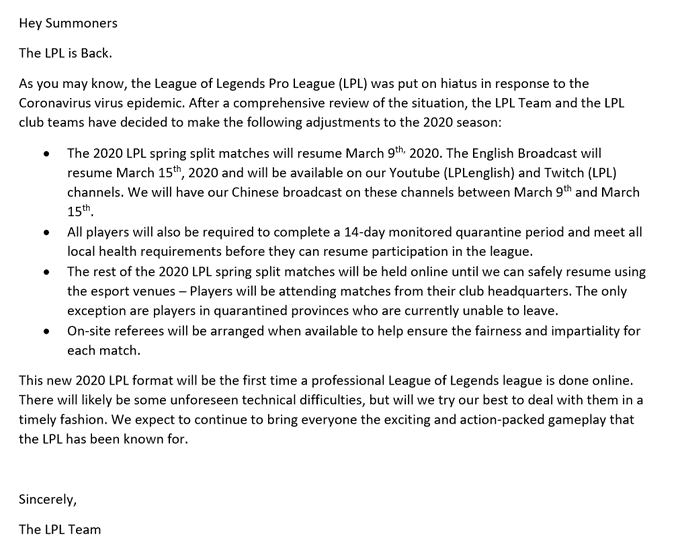 According to the LPL, all players will have to complete a 14-day monitored quarantine period and meet “all local health requirements” before they can participate in the new format. And, to make sure every game is fair, the league will be sending referees to each team’s headquarters. “This new 2020 LPL format will be the first time a professional League of Legends league is done online,” the organisers said on Twitter. “There will likely be some unforeseen technical difficulties, but we will try our best to deal with them in a timely fashion. We expect to continue to bring everyone the exciting and action-packed gameplay that the LPL has been known for.”

The timing of the coronavirus outbreak is unfortunate. Two new teams, SinoDragon Gaming (SDG) and Victory Five (V5), joined the LPL this year, bringing the total number of squads up to 16. This split is also the first time that every team has been allowed to wear its new Nike-supplied uniforms, which include custom jerseys, LPL-branded joggers and Nike sneakers.

For now, the domestic league in Korea, the LCK, is still playing matches inside an arena. Spectators are barred, however, which has created a similarly safe but tepid atmosphere for players and viewers watching online. The LCS and LEC, meanwhile, are carrying on with live audiences.

It’s hoped, of course, that the coronavirus will soon peter out and everything will return to normal. Until that happens, Riot Games, the developer behind League of Legends, needs a back-up plan for its annual Mid-Season Invitational (MSI) tournament. The prestigious competition, which takes place after the Spring Split, features the best team from every major region including the LPL and LCK. Right now, Riot doesn’t know what, if any travel restrictions will be in place during the tournament, and whether there’s a host city that would be easier for everyone to reach. 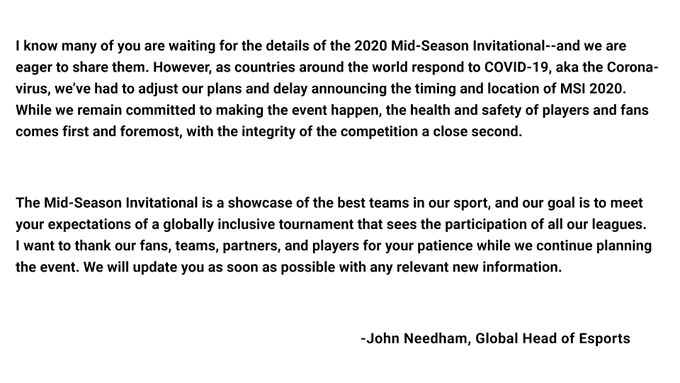 Earlier this week, John Needham, Global Head of Esports at Riot Games, admitted that the company has had to adjust its plans and delay the announcement of when and where MSI will be held. “While we remain committed to making the event happen, the health and safety of players and fans comes first and foremost, with the integrity of the competition a close second,” he said in a statement. Riot’s position is completely understandable. Still, the lack of information has frustrated some fans who are keen to book their own travel and accommodation for the event.

It’s possible that MSI will be held without representation from one or many of the major regions, including the LPL. That would arguably defeat the point of the competition, though, and make any victory a hollow one. Some fans have suggested that the tournament be held online, similar to the LPL, or scrapped entirely given the unusual circumstances. It wouldn’t be the first, or likely the last international event to be cancelled this year.