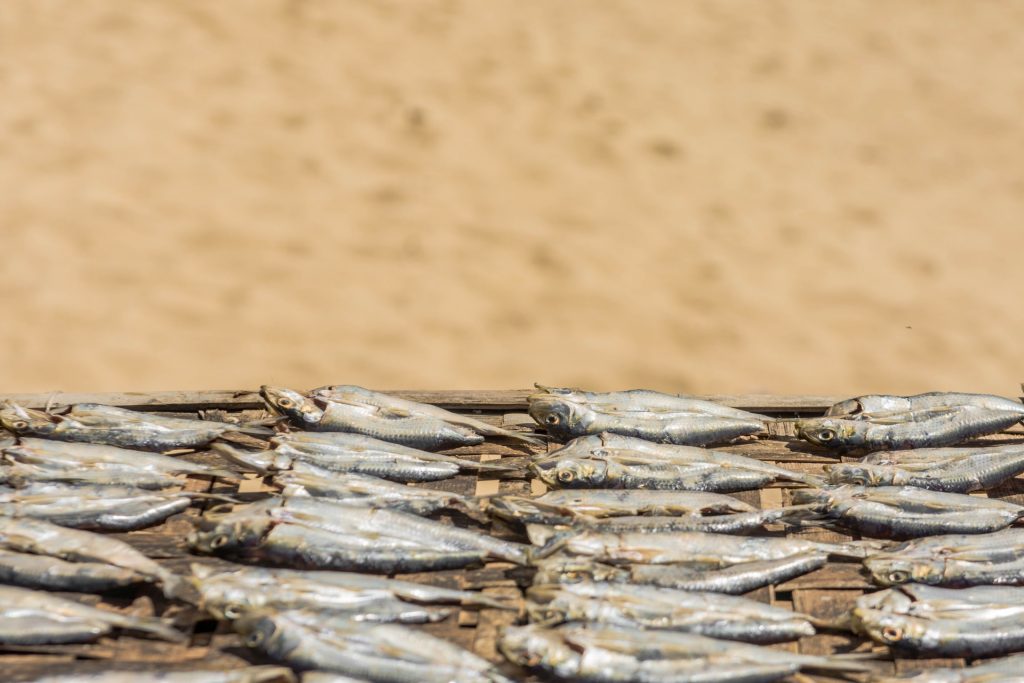 Efforts to improve nutrition of breastfeeding mothers has resulted in an innovative maize product which includes small fish which often go to waste. Credit: Zany Jadraque/unsplash

BULAWAYO, Zimbabwe, Nov 12 2021 (IPS) – During the COVID-19 lockdown in Uganda, a breastfeeding mother struggled to improve the health of her malnourished child. With the closure of her local health centre, she worried the child could die without urgent medical treatment.Her child was saved. The mother was given a fish-enriched maize meal, developed by a local team of researchers under the NutriFish project and donated to the local Mulago Hospital in Kampala.

“Posho is good for me even though its appearance can put one off, it is delicious,” a breastfeeding mother wrote in hospital comments after receiving the maize meal, developed to help tackle widespread nutritional deficiencies, particularly among women of reproductive age and children under five years.

According to the 2017 Uganda Demographic and Health Survey, 29 percent of children under five years are stunted while 4 percent are wasted, and 11 percent are underweight. Furthermore, about 32 percent of women aged 15-49 are anaemic, making it vital for them to access foods rich in micronutrients such as iron, zinc and calcium, which are found in fish. 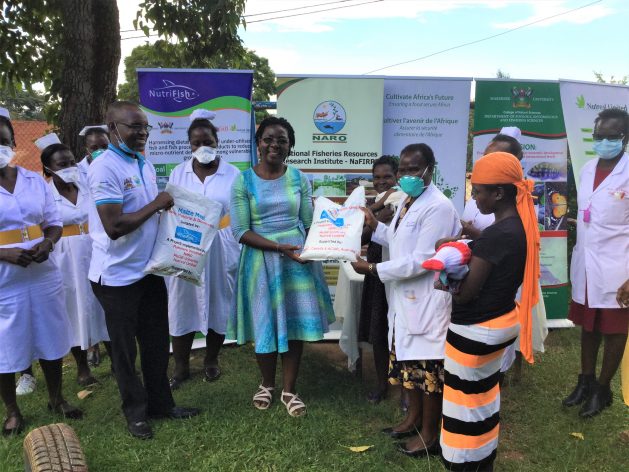 A nutritionally enhanced maize meal suitable for breastfeeding mothers has been developed by the NutriFish project and donated to hospitals in Uganda. Credit NutriFish

NutriFish researchers developed the nutrient-enriched meal using under-utilized small fish (USF) species. The meal is created by blending maize with Silverfish – a small lake fish species locally known as “mukene”, which is less preferred despite being highly nutritious because of its pungent smell and grittiness.

Dorothy Nakimbugwe, one of the co-principal investigators in the NutriFish project, explained that the enriched maize meal had been developed with other products, including baby food, a seasoning, a snack, and a sauce. All the products contain under-utilized fish and Nile Perch by-products (NPB), rich in calcium, zinc and iron, making them ideal micronutrient deficiency busters for vulnerable groups in Uganda.

“The fish-enriched maize meal was evaluated by breastfeeding mothers to improve their ability to produce adequate breast milk to feed their babies,” Nakimbugwe told IPS.

The NutriFish project is an initiative of the Cultivate Africa’s Future (CultiAF) Fund, a partnership between the Australian’s Center for International Agricultural Research (CGIAR) and Canada’s International Development Research Centre. The project promotes the handling and processing of small fish to improve the quality and shelf life and avoid waste.

Researchers from the National Fisheries Resources Research Institute (NaFIRRI) estimate that up to 40 percent of the small fish caught in Ugandan lakes are lost due to poor handling and rudimentary processing methods.

These losses have negative implications for fish supply and the incomes of actors in the small fish value chains, particularly women who dominate fish processing, says Jackson Efitre, a senior lecturer in fisheries and aquaculture at Makerere University and the NutriFish project’s principal investigator.

Currently, the small fish are processed using open sun drying or on raised racks which take a long time, exposing fish to dust, insects, and bacterial contamination, Efitre said. He added there are persistent challenges with the current methods of processing and preserving fish to avoid loss.

Each Ugandan consumes between 10 and 12 kg of fish per year which is lower than the 25 kg per person per year recommended by the United Nation’s Food and Agriculture Organisation, according to Efitre.

The Barilla Center for Food and Nutrition (BCFN) has developed the Double Pyramid Model to raise awareness of foods’ environmental and nutritional impacts. The Health Pyramid orders food according to the frequency of consumption with the base, including foods that should be eaten more frequently, such as fruit, vegetables and whole grain.

Legumes and fish are recommended protein sources, while red meat and high glycaemic foods should be eaten in moderation. The Climate Pyramid indicates that animal-based products have the highest contribution to climate change while plant-based ones have the smallest.

Research by BCFN also notes that fish and legumes should be the primary source of protein in diets for many communities. The researchers note that sustainably increasing fish production also faces challenges related to large scale exploitation and experience of domestic fish production and climate change, making it important for consumers to aim for a balanced and diverse diet.

“The Double Health and Climate Pyramid shows that all foods can be part of a healthy and sustainable diet when consumed with appropriate frequency. Typically, foods that have a low climate impact are also those that should be consumed at a higher frequency for personal health,” according to the report.

BCFN has identified possible ways to prevent food waste through information, diet education, and the involvement of governments, institutions, producers, and distributors in the food value chain.

Barilla Foundation Report Highlights Need for Food Companies to Align with Sustainable Development Goals
Table Banking Helping Women in Kenya to Put Food on the Table
If Women Farmers were Politicians, the World Would be Fed, says Danielle Nierenberg