Samsung refreshed its Galaxy smartphone line, introduced a new foldable phone, and upgraded its wireless earbuds offering at an event held Tuesday at the Palace of Fine Arts in San Francisco.

All the units have three cameras — wide angle, ultrawide and telephoto — and the Plus and Ultra have a fourth camera for augmented reality applications.

The cameras in the S20 and Plus have 64-megapixel sensors, while the Ultra supports a whopping 108 MP. The cameras also support 8K video.

The Ultra has a 10x optical zoom.

“That’s unheard of in a phone,” said Jack E. Gold, principal analyst at J. Gold Associates, an IT advisory company in Northborough, Massachusetts.

“You don’t even get that in some traditional cameras,” he told TechNewsWorld.

“Samsung continues to amaze me in what they’re doing in video and photography category,” said Mark N. Vena, senior analyst at Moor Insights and Strategy, a technology analyst and advisory firm based in Austin, Texas.

The use of multiple lenses in high-end phones and features powered by artificial intelligence will continue to evolve, predicted Gerrit Schneemann, senior analyst at IHS Markit, a research, analysis and advisory firm headquartered in London.

There’s a big networking difference between this crop of flagship phones and the previous generation, he told TechNewsWorld.

“The whole lineup supports 5G, whereas before, only select models were 5G. Now Samsung is putting 5G into everything,” Schneemann said.

“Very few people need 5G now, but it will be on every phone in the next couple of years, so Samsung is pushing the adoption lever as fast as they can,” noted Stephen Baker, analyst at NPD Group, a market research firm in Port Washington, New York.

“We know the networks are going to be there in the next year or two, and we know from history that consumers aren’t afraid of future-proofing, especially when they buy a premium phone like the S20,” he told TechNewsWorld.

Samsung’s new Galaxy Z Flip has a display made of foldable glass that measures 6.7 inches when flipped open. When closed, the phone is a compact 2.89 x 3.44 inches. 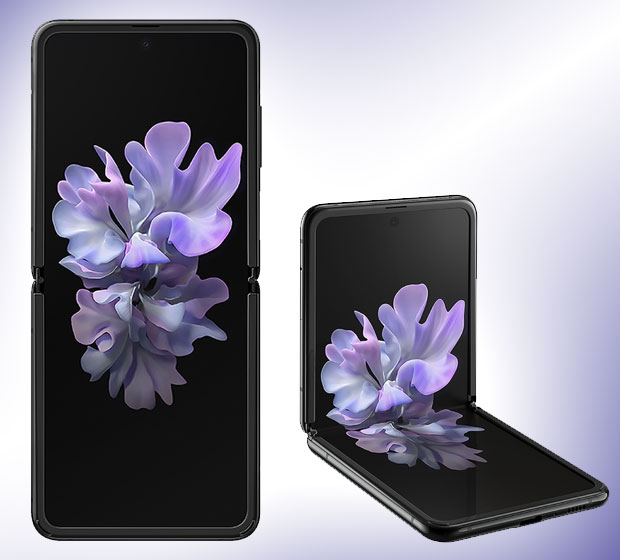 “Smartphones are part of our everyday lives, but this is no ordinary smartphone,” Samsung Electronics Marketing Director Rebecca Hurst told an enthusiastic crowd at Tuesday’s event.

“It changes everything — our phone’s shape, size and the very way we use it,” she continued.

“The Galaxy Z Flip is a statement smartphone,” Hurst said. “It’s a standout smartphone for people who want to stand out.”

In addition to its main 2636 x 1080 AMOLED display, the Z Flip has 1.1-inch cover display for screening information like time and notifications.

The phone supports an innovative “flex” mode that turns the unit into a dual screen phone when it’s folded at a right angle.

“We think foldables will fundamentally change how we think about and interact with smartphones,” Google Vice President Hiroshi Lockheimer said at the Samsung event.

Samsung’s introduction of the Z Flip, which will go on sale Feb. 14, comes on the heels of another foldable arriving on the market, the Motorola Razr.

“The Flip is a more powerful phone than the Razr,” observed Moor’s Vena.

“If foldable phones are going to gain traction in the market, the flip phone orientation is going to be a big deal because of the convenience factor,” he pointed out.

“The Flip is a nicer device with its glass screen and variable hinge that can bend the phone at different angles,” said Gold.

Another potential issue for Motorola and its parent Lenovo are problems meeting demand in the early stages of the Razr’s release.

“That’s the thing about Samsung,” Gold remarked. “Once they start making a device, they can turn the crank and produce a lot of stuff.”

Samsung has another advantage over Motorola.

“Samsung has a lot of brand, product equity and distribution strength, which is going to be a part of success in the market,” noted NPD’s Baker.

“The Flip is a pretty well-put-together product Samsung clearly learned a lot from the issues they had with the original Fold,” he added. “It’s a very polished device.”

One of the issues with foldable devices is the strength of their hinges. At the Samsung event, Hurst noted that the Z Flip’s hinge had been opened and closed 200,000 times without any signs of damage.

“The hinge on the Flip seems to be sturdier and less prone to outside attack than the Razr because there’s no visible gap when it’s shut,” observed IHS’ Schneemann.

The Flip’s two-camera system also raises the foldable a notch above its competition.

“Cameras are an area where Samsung has been strong in the past and where Motorola has struggled in the past,” Schneemann recalled.

In addition to the S20 line and the Z Flip, Samsung announced a refresh of its wireless earpods at its event. 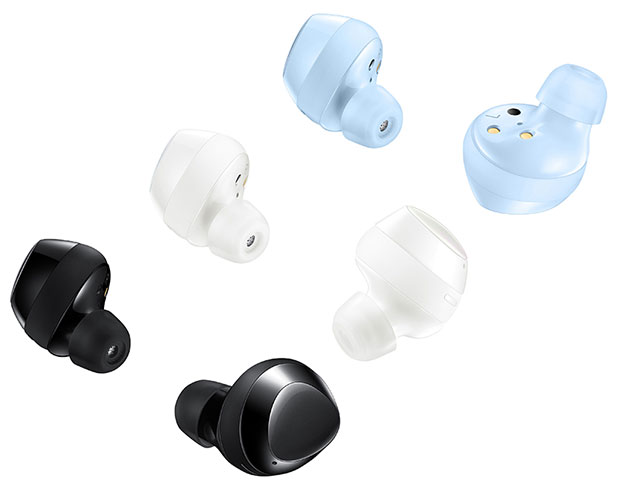 The Galaxy Buds Plus, priced at $149, have two speakers in each pod — one for high range sound and one for bass — as well as three mics.

They even work with iOS devices via a Samsung app.

“At $149, the one thing missing is active noise cancellation,” Schneemann said, “but at that price that’s not feasible.”