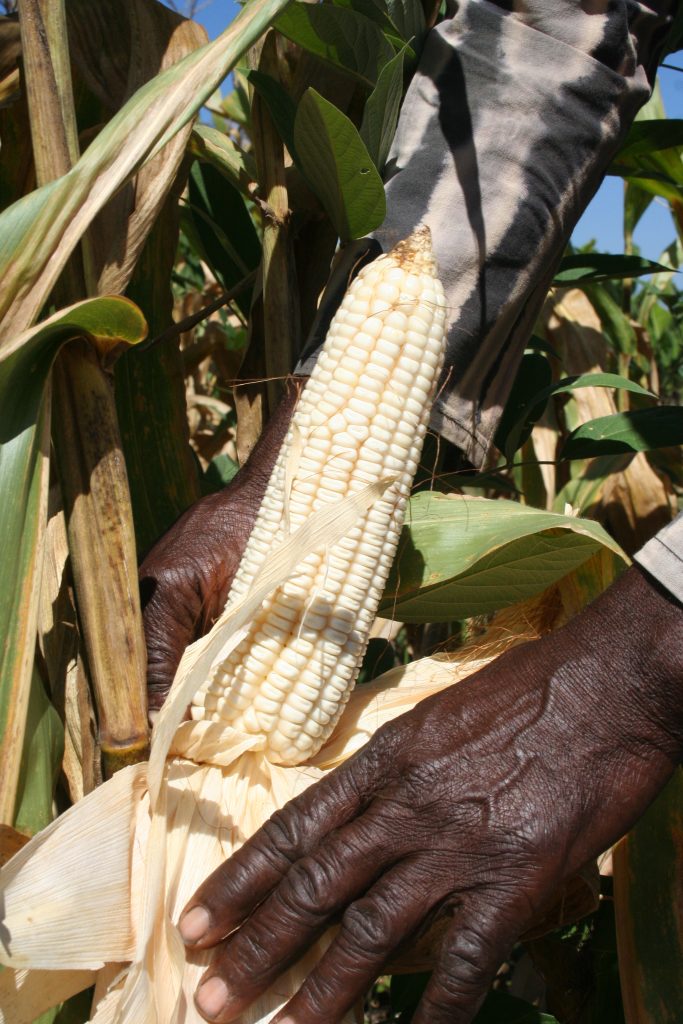 Guido Barilla, Chair of the Barilla Foundation, says the future of food is in our hands if we act to fix the problems in our food system. Credit: Busani Bafana/IPS

Millions of people across the world go to bed hungry. Scores do not have access to nutritious food owing to an inequitable global food system focused on industrial mass food production. The food from this system is less nutritious, more expensive and less friendly to the environment.

How to achieve just, equitable food systems where more people do not only have enough to eat but have nutritious food was the central question food experts sought to answer at the one day ‘Resetting the Food System from Farm to Fork’. The international dialogue was co-hosted by the Barilla Centre for Food and Nutirition (BCFN) and Food Tank and forms a critical part of the discussions ahead of the 2021 UN Food Systems Summit.

“We should not be talking about food security in the world today but about food sovereignty, if we are seeking to end hunger and malnutrition,” Mpofu told IPS in a telephonic interview from her farm in Zimbabwe’s Masvingo Province. It is here that where she grows drought-tolerant sorghum and finger millet, cowpeas, groundnuts on ten hectares of land.

“Food sovereignty is about giving farmers control over how they grow food, what food they grow, what seeds they use and how they consume that food because it is food grown in a sustainable way,” said Mpofu. This is a subject close to her heart as she doubles as the general coordinator of the international peasant movement, La Via Campesina, which advocates for an agroecological approach to farming. The methodology promotes resilient and sustainable farming and food systems through agroecology, diversified health and nutritious food systems. The world needs a new food system where all actors from farmers, civil society, researchers, chefs, policymakers and business leaders act together to create a more sustainable food future for all, was a crucial message in Tuesday’s dialogue.

Guido Barilla, chairman of BCFN, said the Covid-19 pandemic had shown how interconnected we all are with each other and the planet.

“This crisis is the latest example of the increasing pressure and expectations being put on the world’s food system – not only to keep us all fed but to ensure we are all nourished and to do so while looking after the environment tackling the climate crisis and ensuring people’s livelihoods continue to be met,” Barilla said calling for a fundamental shift in attitude and making radical choices to build a transformative agenda for a sustainable and equitable future.

“I am not afraid of the change we need to make, the future of food is in our hands, said Barilla. “Let’s make the future grow. And the list of potential improvements, from farm to fork, could be long and exciting.”

Asma Khan, an Indian-born British chef and owner of the Darjeeling Express Restaurant in London, called for a shift in eating patterns of buying and eating less to cut food waste.

“COVID was a lesson that food systems are vulnerable and that we are all connected,” Khan said urging that restaurateurs can promote food equity by respecting food and seeing food as an opportunity to make a difference.

“Let us not use food as our right … you don’t have a right to eat as there are many people waiting to eat …  Hunger is relentless,” said Khan.

“It is important that we respect the fact that we have a privilege to eat. I really would want to honour the food we eat because there are many people who do not have this opportunity and we should be responsible. There is no justification to throw away food.”

Khan’s comments led to a discussion by farmers who outlined the the myriad of challenges – from access to land, land grabs, poor skills, climate change and impact of COVID-19 that they face.

Speaking at a panel session on Farmers Feed the World, Leah Penniman, co-founder of Soul Fire Farm and author of Farming While Black, said land was a vital issue in empowering farmers in the United States. She called for reparations for indigenous communities and black communities who lost their land through expropriation.

“When we talk about reparations, we really need to look at land reform and distribution, and there are models such as the North East Farmers of Colour and the Black Family Land Trust which have ways of putting land into permanent protection so that it can be used for full developing agriculture,” said Penniman. She noted that the US government realised the need to put land in trust to ensure that people dispossessed of land could have the chance to return to farming.

In Africa, land grabs have affected farmers and the agriculture sector.

Land grabs are some of the biggest injustices are farmers have faced, said Edie Mukiibi, vice president of Slow Food International. He advocated the building of a movement to ensure that farmers are recognised for their roles in food production and that agroecological approaches be prioritised.

James Maes, president of the European Council of Young Farmers (CEJA), agreed that farmers across the world faced similar challenges. However, contexts were different, he said, and there was a need to uphold the farmers’ rights to produce food. A change of narrative was needed on food systems debates.

“I would question the need to reset food systems. I believe resetting comes at a huge economic and social cost for those already involved in that food system,” Maes said, noting that the perspective should be on improving and empowering farmers to build resilience and to enhance their production.

As a farmer, Mpofu had a positive perspective on sustainable food systems:

“We have been talking about food security year in year out. We need to stop filling bellies and start promoting nutrition, and this lies in agroecological approaches.”