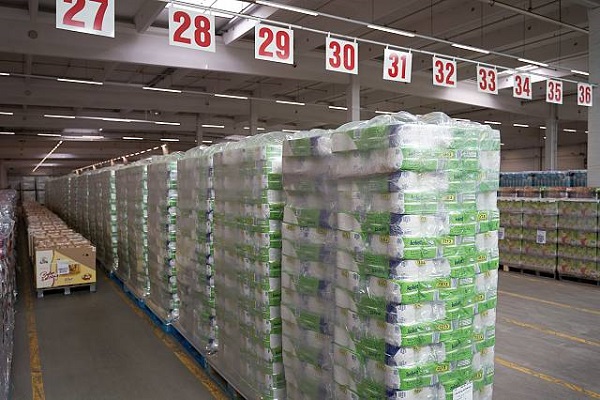 Police are on the hunt for thieves who stole two lorry containers worth £70,000 packed with toilet roll worth £13,000.

The two containers were packed with 130,000 rolls and were stolen from the MT Globex site in Pleck, Walsall, West Midlands, between 12.30am and 1.30am on 20 March. The thieves also stole CCTV equipment covering their tracks.

Operations manager Steve Tate is offering a £500 reward for any information which leads to the apprehension of the thieves.

Tate said, “They’d compromised the CCTV on one side of the depot so we knew which side they’d gone out.

“We knew they couldn’t have gone far because after taking one trailer they came back 30 minutes later for the other one.

“These toilets rolls were bound for supermarkets and there is already a shortage with production going flat out. They can’t produce enough.

“It’ll take a week to produce the same amount and it’s going to be chaos.

“With everything that is going on with the coronavirus this stock is vital and the theft affects everyone.

“They don’t have consideration for anyone or anything, clearly. They are taking money out of people’s pockets.

“I got a call from somebody at a cash and carry last night who said he had been offered lots of toilet rolls for £5,000 and wanted to check whether ours were 16 or 24 packs.

“If somebody buys them it’ll encourage the thieves to try it again. I want other hauliers to be aware in this current crisis.”

“When we found the first trailer at 6am we called the police and they turned up at 10am.

“They said the tractor unit had been stolen from Peterborough and had false plates, so they could be doing this all over the country.

“The first trailer was empty but the second one was still full because they were planning to come back for the stock before we got to it.

“These people want to take advantage of the shortage and they are going to try to sell these toilet rolls.

“We want to make other haulage companies know that they need to be aware of thefts.”

Police forces across the UK are having to carry out extra night patrols in empty city’s and town centres, as burglars target shops and pubs during coronavirus lockdown.

Manchester police reported a number of suspects were found carrying crowbars and hammers, whilst Liverpool police said, several pubs and construction sites had been targeted this week.

Police in Cleveland, a county in north east England, said nine business premises were broken into in the space of 24 hours last week.

Chief Inspector Zac Fraser, of Greater Manchester police’s City of Manchester division, told the Sunday Times, “Over the past few days a number of suspects have been arrested following reported break-ins in the city centre.”