“We Don’t Want to Regress, We Want Progress”: Civil Rights Icon Claudette Colvin Looks Back on 65 Years of Activism - iCrowdMarketing

“We Don’t Want to Regress, We Want Progress”: Civil Rights Icon Claudette Colvin Looks Back on 65 Years of Activism

I don’t recall learning about Claudette Colvin in my grade school American History classes. In fact, even as an adult, I don’t think I’d heard her story until last fall when I picked up Jonathan Safran Foer’s book We Are the Weather. That book is about climate change—specifically the impact of the meat industry and factory farming—but the author brings up dozens of people and moments in time to give context to the complicated topic.

To illustrate how most of what we see in the media—and in our history books—is just one side of the story, and possibly a manipulated side of the story, he mentions Colvin. In 1955, she was the first woman of color to refuse to move to the back of the bus for a white person in Montgomery, Alabama, and was promptly arrested. It wasn’t until nearly nine months later that Rosa Parks did the same thing and became the face of the movement. Parks’s story springs to our minds when we think of American activism; she’s largely considered the “first” woman to be arrested for taking a stand, while hardly anyone even knows Colvin’s name.

There wasn’t bad blood between Colvin and Parks, though; the women worked together at the NAACP, where Parks was the secretary. Parks was respected throughout the community and also happened to be a grown woman of 42, whereas Colvin was just 15. At the time, everyone agreed that Parks seemed like a better fit to lead the movement; it was a lot more planned out than most of us would have thought. “They didn’t want a teenager to be the face,” Colvin explained on a recent call. “I think that’s different now. Teenagers are more outspoken, they have the internet, they have social media.” (Shortly after her arrest, Colvin also became pregnant, which made her an outcast and precipitated her move to New York; the upside was that she found civil rights in the city had evolved much faster than in the South.)

Colvin has been getting her due over the past few years, and today, she’ll address a crowd of women who may be hearing her name for the first time. At the Tory Burch Foundation’s second Embrace Ambition Summit, Colvin will share her story and reflect on the changes she’s seen in America in the last 65 years with Michele Norris, founder of The Race Card Project and the first African American woman to host NPR on the program All Things Considered. Ahead of their conversation, Colvin spoke to Vogue about the challenges women of color still have to overcome, plus the congresswoman she’s got her eye on for future elections. (You can watch the entire summit live through the livestream above.)

Since your activism in the late ’50s and ’60s, have things changed as much as you would have hoped?

A lot has changed since I grew up, but there’s still a long way to go. I don’t think we can move forward with Donald Trump as the president. There’s a disconnect there. We don’t want to regress, we want progress.

Are there other women in politics who inspire you right now?

Latina women are coming up now more than ever before, like Alexandra Ocasio-Cortez. I still think [sexism] is an issue today, though. I still believe men didn’t vote for Hillary Clinton because she is a women—there are men who don’t want a woman president.

Do you feel America still has a long way to go in terms of true equality? Why?

When our founding fathers drafted the Constitution and Bill of Rights, black people weren’t even considered human. So those rights were not afforded to us; not even to this day do we as a people enjoy full constitutional rights. As long as white people put people of color, African Americans and Latinos, in the same dispensable bag, and look at our children of color as insignificant and treat women of color as not as deserving of protection as white women, we will never achieve true equality.

What will it take for us to finally get there?

We used to say our children will be the change agent. But when you look at how privilege, prejudice, and racism have been handed down from generation to generation by the Caucasian race, I’ll be dead and gone before we get there. That’s how President Trump got elected. We had to fight to abolish slavery, and white people resisted Reconstruction, thus inventing Jim Crow laws. We fought for the right to vote and our civil rights, only to find out we didn’t liberate ourselves, we liberated white women. They benefited more from affirmative action than we did. So the only way to course-correct this country on racism and equality is for white women to stand up and speak up! They have the power to make real change because they raised these fathers, sons, brothers, nephews, and uncles who run this country and the world.

What do you feel are women’s biggest challenges today, particularly women of color?

As a single mother, I can say women of color have accomplished some things, but there is a lot that is still left undone. My time has passed and it was difficult, so I look at things through the eyes of my grandchildren. I see how their dark skin or the texture of their hair still plays a role in how they are treated on the job—even though they all are educated professionals. I see how society has used women of color to fill job slots and has left black men and men of color out, making sure our men have police records at a young age. There are still jobs identified as men’s jobs and women’s jobs. But there’s always a ceiling, not just for women, but for all people of color in all genres. So we have to use every resource, every opportunity, and not be afraid to be aggressive and intimidated to take advantage of these opportunities to achieve our goals in life.

How did the Tory Burch Foundation reach out to you about participating in the summit?

Broderick Johnson, with the March on Washington Film Festival in D.C.  and whose stepmother is Michele Norris, gave the Tory Burch Foundation our contact information.

What are you looking forward to most?

The fact that I lived long enough to tell my story to young people, and especially young women. 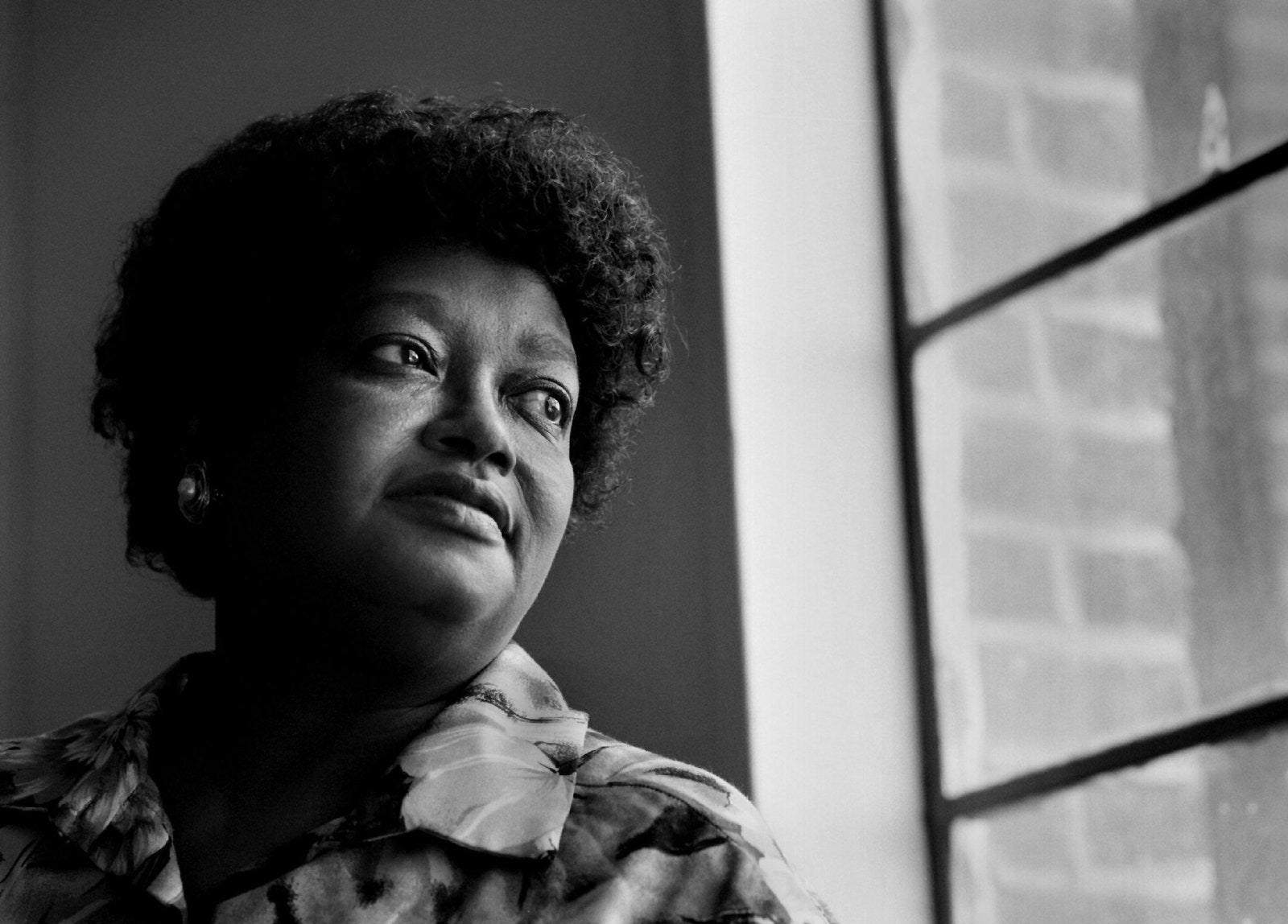