Women Empowerment During COVID-19 Through Remote Learning – the Fuzia Perspective 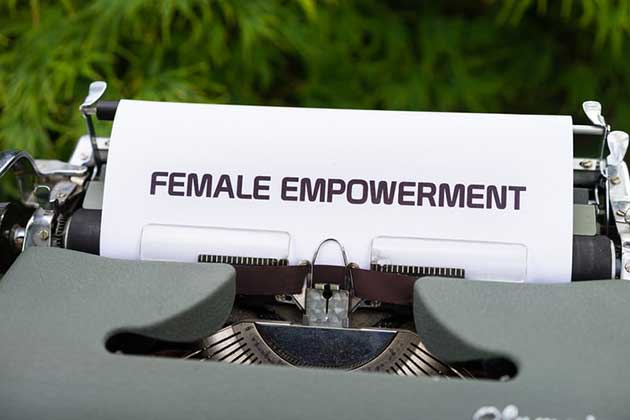 No cause to celebrate as COVID-19 has created setbacks on the aims of the Beijing Declaration and Platform for Action. It’s been 25 years since the declaration was signed. Credit: Markus Winkler / Unsplash

NEW YORK, Nov 30 2020 (IPS) – This year, the world commemorated the 25th anniversary of the Beijing Declaration and Platform for Action, instead of celebration; however, its progress has been impeded by the COVID-19.

The so-called ‘new normal’ where people have been forced to stay at and, if possible, work from home has resulted in the pushing back of the Gender Equality and Women Empowerment targets.

Earlier this year Alia El-Yassir, the United Nations Women Regional Director for Europe and Central Asia remarked that “Women’s organizations and civil society at large should be an integral part of COVID-19 response and recovery efforts.”

Her comments about women being on the front lines of the pandemic are as true today as they were in April when she made them.

“They (women) know what needs to be done and we urge all development partners to seriously consider the solutions they offer so that we can continue to ensure the principles of equality and social justice.”

While there have been many such calls this year, several online platforms, like Fuzia and The Female CEO, have risen to the challenge, creating connections between women and other groups, and creating a forum for support and online training and education.

This is crucial as the statistics are far from encouraging.

According to a report published by the Center for American Progress, four times as many women as men dropped out of the labour force in September, roughly 865 000 women compared with 216,000 men in 2020. There were nearly 10 million mothers of young children in the labour force in 2019, and it is estimated that the risk of mothers leaving the labour force and reducing work hours to assume caretaking responsibilities amounts to $64.5 billion per year in lost wages and economic activity in the United States alone.

As front-line responders, health professionals, community volunteers, transport and logistics managers, scientists, homemakers, work from home mothers, caregivers, and teachers, women have been actively involved, battling the crisis of the COVID19 lockdown and economic crisis.
The pandemic has vastly affected restrictions in women’s rights and access to justice, increases in women’s unpaid work at home, loss of employment, and income by women, who globally dominate the insecure informal economy.

Globally the lockdown and social distancing have also triggered additional risk of domestic violence. It has been reported by the United nations that on an average 25%-35% rise has been noticed in domestic abuse reporting calls, globally.

As the world faces this unprecedented time, the world has shifted from a brick-and-mortar presence to massive dependency on technology and supporting infrastructure.

Fuzia’s focus is females of all ages and demographics – and while the digital platform started before COVID-19 – it has adapted to the new reality.

With discussion boards, job training, skill set improvement, guest speakers, and motivational posts Fuzia has been supporting 4 million followers from her various social media outlets to stay focused and evolving all through the pandemic.

In an article published in The New York Times in October, it referred to employers saying that many workers, including those who are older, are nervous about returning given the health threat.

According to the UN News, more than nine in 10 of the world’s workers continue to live in countries with some sort of workplace closures. Regionally, the Americas have been worst affected by far, with working hours diving 18.3 percent. Europe and Central Asia saw a 13.9 percent fall, followed by Asia and the Pacific (13.5 percent), Arab States (13.2 percent) and Africa (12.1 percent).

In most cases, globally, people with children, particularly women, are struggling to return to jobs because they have limited childcare options with schools and day-cares all or partly closed.
In such instances working from home and acquiring new skills to adapt to a new world has become a must.

This is where online platforms have come into their own. Fuzia, for example, offers a plethora of training events. A few of their engagement efforts are interview preparation help, better communication training, work from home tips and tricks, balancing a calm mind and body while being under lockdown.

Periodic hosting of live sessions with Q&As and discussions with industry leaders keeps the audience engaged.

Their recent interviewees have included Shelleye Archambeau, who has been named as the second most influential African American in technology by Business Insider, a known author and also a Fortune 500 board member. In discussion with Fuzia co-founder Shraddha Varma, Archambeau advised job seekers looking to ‘ace’ an interview to understand the subtext of the questions and the one about learning new skills was a test of a candidate’s resilience and their attitudes to “investing” in themselves.

Another top interviewee was Tricia Scott, founder and editor of The Female CEO. The discussion revolved around networking and community online support – something which both platforms specialize in.

Fuzia was represented at the Women Economic Forum 2018 and engages million active users from various social media outlets at present. Riya Sinha and Varma launched the virtual community dedicated to empowering women using digitized tools. They have created a platform which diminishes the lines between geographical locations and time.

Through the content offered on the platform, any user from any location around the globe can access information and take part in learning a new skill.

As the platform is open to all age groups and sexual orientation it boasts a judgment-free zone. Mutual respect and tolerance are highly valued. These initiatives help women, who are the majority of the users, develop their skills, gain the courage to be expressive, and excel. They also link up the right skill at the right places giving the women who are yet to be successful a proven theory that works.

A huge portion of the females who use Fuzia are from remote areas, and Fuzia has targeted these women for skills training online – and during the pandemic, increased the range of courses and training online.