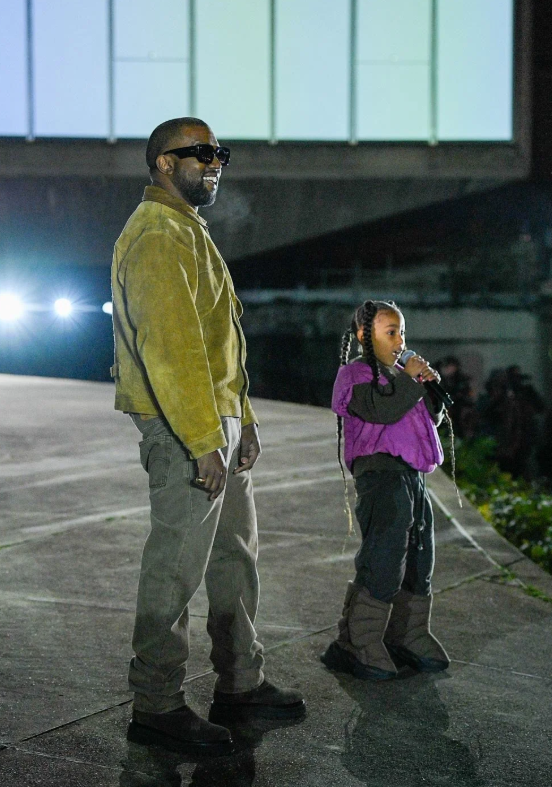 It’s never too early to start your music career, as Kim Kardashian West and Kanye West’s six-year-old daughter, North West, proved on Monday when she started rapping at the Yeezy Season 8 fashion show.

Kanye joined North onstage toward the middle of her performance, visibly brimming with pride as she rapped. Kim was reportedly in attendance with sister Kourtney and niece Penelope, all of whom were dressed in Yeezy (naturally). Kim referred to the rap as a “remix” of child rapper ZaZa’s “What I Do?”, taking to Instagram Stories to record her oldest daughter’s musical debut. After Kim, Kanye, and North gathered with the fashion-month crowd in Paris to celebrate their Sunday Service, perhaps it was inevitable that their familial bond would extend to the Yeezy runway.

North’s adorable performance included the lines “I will never do bad things / Walk to the street / What are those / I have new shoes, they’re really cute” and “This is my style, yeah!”—although it’s not clear whether she penned them herself or had an assist from her rap-superstar father. “Yeah, yeah, yeah, yeah, cool, cute, cool, yeah!” North rapped, which, coincidentally enough, summarizes how I feel about her performance.